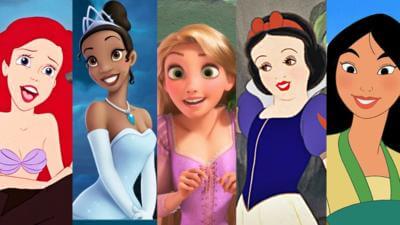 No matter how old you are or who your favorite Disney character is, you can learn some pretty valuable lessons from Disney Princess films. So we’ve put together some positive life lessons that each of the twelve Disney Princesses have taught us.

Note: As much as we love Frozen, we’ll only be including princesses who are in the official Disney Princess lineup.

Cinderella — Have Courage and Be Kind

While we didn’t hear the iconic “Have courage and be kind” quote until the live-action version of Cinderella was released, Cindy has been showing us how to be kind and courageous since 1950. She continues to live life with a positive attitude and doesn’t let others bring her down, no matter how hard her stepmother and stepsisters try.

Rapunzel — Life Begins at the End of Your Comfort Zone

As cliché as the quote is, it’s true. Rapunzel’s tower was all she ever knew. She grew up isolated from the real world and stayed inside her tower — the place that Mother Gothel scared her into thinking was a sanctuary. The song “When Will My Life Begin?” truly shows Rapunzel’s realization that her life truly began when she left her comfort zone (the tower!).

Fun fact: Tiana is the only Disney Princess to work a real, modern-day job. Tiana works as a waitress so she can save up enough money to achieve her and her father’s dream of owning their own restaurant. “Almost There” has got to be one of the most relatable Disney songs of all time since it shows the true realities of having to work really hard each and every day in order to make your own dreams come true.

Pocahontas — Listen to Your Heart

Through it all, Pocahontas continually trusts herself. In the 90s animated flick, Grandmother Willow shares some valuable advice with Pocahontas: listen with your heart. And through her journey, Pocahontas listens to her heart and follows the path that her true instincts guide her down. And if you’re a fan of the film and you remember the ending, you know why this is so important.

The Little Mermaid tells the story of Ariel, who trades her voice to the sea witch Ursula so she can get legs and find the man of her dreams on land. But no matter what happens in the film, we as an audience learn from Ariel just how powerful our voices are — and that we should never stop using them.

Mulan goes to war in her father’s place and ends up saving China. Can you name a more impressive Disney Princess than her? She disguises herself as a man and ends up being the one who saved the entire country, showing young kids everywhere that your strength is not determined by your gender.

Snow White — You Can Fill the World with Sunshine

The original Disney Princess is a lot different than the princesses of the 2000s, but Snow White reminds us of a very important lesson every time we rewatch Snow White and the Seven Dwarfs. “Remember you’re the one who can fill the world with sunshine.” Enough said, right?

Despite going against her parents’ wishes, Moana followed her passion and trusted her gut by taking a journey that her generation hadn’t taken before. She trusted that she had a bigger purpose and she did what she could to help her people. That ambition is something we can all admire.

Sleeping Beauty — Those With More Experience Can Offer Great Advice

Even though Aurora hardly ever speaks in her own movie, the film still teaches us a great lesson: those with more experience than us can offer great advice. She doesn’t always follow their recommendations, but Aurora’s three fairies (Flora, Fauna, and Merriweather) always have her best interest in mind.

Merida — It’s Okay to Be Different and Go Against Tradition

Merida’s goal in Brave is to change her fate. And even though she has to learn some pretty big lessons along the way, she also teaches us — and her own family — that it’s okay to be different and go against tradition (even if those traditions are centuries old).

Belle — Don’t Judge a Book by its Cover

This may be another cliché, but it’s also very true. The very obvious takeaway from Beauty and the Beast is that you should never judge someone based on their appearance (and appearances can be deceiving!). Belle is quite the bookworm, and just as she learns not to judge the Beast based on how he looks, the Beast learns to stop judging himself as well as Belle — something we can all try to be better at.

Finally, we have Jasmine. Jasmine is a princess that we could all learn from, because she is always herself! She wants what’s best for not only her family but all of Agrabah, and she wants to be able to live life her own way. Even though others around her (particularly men like Jafar) judge her capabilities based on the fact that she is a woman, she still fearlessly goes after her dreams.

What’s the best lesson you learned from the Disney Princesses? Let us know in the comments!