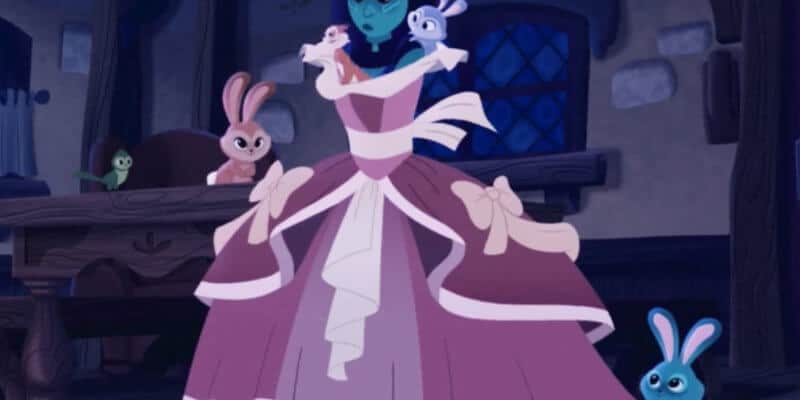 Ah, the official Disney princesses. An essential part of the Walt Disney Company, these amazing female Disney characters have become some of the best role models to every little would-be Princess Jasmine, Moana, or Sleeping Beauty.

But what about the unofficial Disney princesses? Fans were shocked to hear that Anna and Elsa aren’t considered among the official list, despite the fact that Mulan, the only non-royal princess still counts. So, what gives?

Most consider Anna and Elsa canon regardless due to their appearance in the film Ralph Breaks the Internet, but what about the others? We’re looking at five unofficial Disney princesses that have appeared in some classic Disney films alongside iconic Disney characters. We’ll assess how deserving they are of the famed spot as an official Disney princess, as well as what their odds of ever making it are.

When Disney purchased Lucasfilm, fans of the Star Wars saga were excited to consider that everybody’s favorite space princess might join the ranks of the official Disney princesses. Despite donning the rank of General in most Disney Star Wars films, Leia is one of few characters on our list to already be a royal. Having starred in some amazing Disney films and tv shows, we would love to see this incredible heroine make the jump to light-speed and join the club as an official Disney princess. With key roles in multiple movie roles and cult status, she’s the perfect representative for the franchise. The only thing holding her back is the tragic passing of Carrie Fisher. Though some might view it as a fitting tribute, there are those who may find it disrespectful, so this one’s up in the air for now.
Chances: Fair

Remember the classic Pirates of the Caribbean film trilogy? These three incredible Disney films made some mistakes for sure, but Keira Knightley as Elizabeth Swan wasn’t one of them. Gelling with her fellow protagonists amazingly, this inspiring lady took us all on a maritime fairy tale story. She’s technically royalty too, after her promotion to Pirate King during At World’s End, so she’s primed for a role as an official Disney princess, especially after a cameo in the Dead Men Tell No Tales.

Sadly, talk of a reboot and the need to use Knightley’s likeness offer two pretty huge hurdles, so this one isn’t very likely. She’ll have to join the ranks of butt-kicking unofficial Disney princesses for now.

Having already appeared in the universe of the official Disney Princesses in a Disney XD special, this Guardian of the Galaxy is a prime candidate for an animated princess. And we love it. Why not strive for Star Wars and Marvel representation as they’re such huge elements of the brand?

Though Gamora’s backstory is hardly kid-friendly, this daughter of Thanos has appeared in several incredible Disney films, with her story still yet to conclude, so she’s pretty relevant. With her foray into the MCU film world firmly cemented, we could see this one-time Avenger jump team again and leave the ranks of the unofficial Disney princesses.

Related: Did Gamora from “Guardians of the Galaxy” just become a Disney Princess?
Chances: High

Who? Well, exactly. Poor old Princess Eilonwy has all the makings of a great Disney princess. She’s noble, kind, and a princess to boot! Perfect, right? Sadly not, as her one and only movie, The Black Cauldron remains perhaps Disney’s greatest movie failure.
This dark animated story bombed at the box office, with its frightening visuals and dull main protagonist as two of its many reasons for failure. Sadly, for a princess to qualify, her Walt Disney Animation movie needs to perform better than this, so we’d reckon Princess Eilonwy has about as much chance of being a Disney princess as The Hunchback of Notre Dame. Or a frog.
Chances: Virtually none

Who doesn’t love this sassy pig lady? One of the absolutely essential characters from The Muppets, Miss Piggy is just that: a character. Sadly this and her lack of animated-ness stand pretty firmly against her. We’re not sure that the other characters could take her sass and karate chops, so as much as we’d love to see it, we suspect Miss P is probably likely to stay with Kermit the Frog and her other Muppet characters than join the official Disney princesses. Mind you, the Walt Disney Company has certainly surprised us before. Her story could just be beginning…
Chances: Low (sadly)
Related: Disney cancels showtimes for the Muppets at Magic Kingdom

Vanellope von Schweetz – Wreck it Ralph
Elena of Avalor – Elena of Avalor
Alice – Alice in Wonderland
Tinkerbelle – Peter Pan
Giselle – Enchanted
Have we missed any unofficial Disney princesses? Do you agree with our list? Who would you add to the line up if you could? Let us know in the comments below.