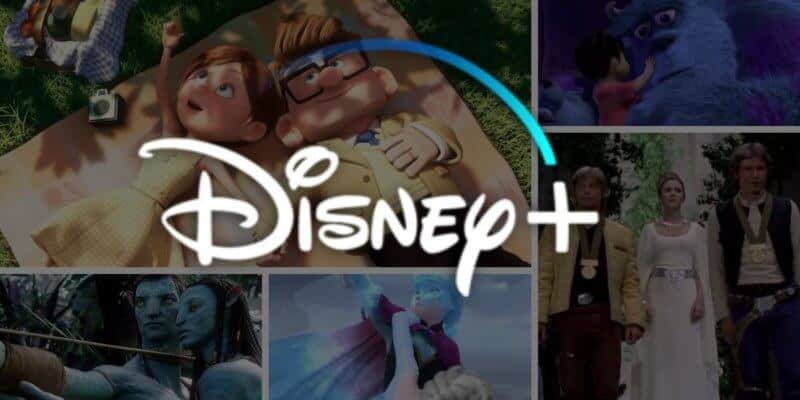 Disney is no stranger to emotion. From Mufasa’s death in The Lion King to losing Ellie in Disney Pixar’s Up, The Walt Disney Company is known for its tearjerking scenes in its films.

And they just compiled a variety of those iconic scenes in a brand new television spot during the 2020 Oscars as a promotion for its streaming service, Disney+.

From Big Hero 6 to The Sound of Music to Avatar, The Walt Disney Company really pulled on our heart strings with a wide variety of its films in its new promo. Check it out on Twitter below.

They’re more than movies. They’re memories. Stream all of these and more on #DisneyPlus. pic.twitter.com/4yHplblq4V

Disney had a decent night at the 2020 Oscars. Disney Pixar’s Toy Story 4 won the Academy Award for “Best Animated Feature Film”, which actually makes it the second film of the Toy Story franchise to earn this award!

Disney also had great performances during the 2020 Oscars including Randy Newman who performed his original song, “I Can’t Let You Throw Yourself Away” from the now-Academy Award-winning film Toy Story 4.

The other iconic performance we got to see was Idina Menzel alongside 9 other Elsa’s as they sang “Into the Unknown” from Frozen 2 in several different languages.

Take a look at our recap from the 2020 Oscars here.

Disney+ first came to the United States on November 12, 2019 and has been streaming some of their most famous Disney films and television shows to subscribers ever since. But as Disney says, “They’re more than movies. They’re memories.”

“For films, not only films from our library, but recently released films — including Aladdin, and Lion King of course, Toy Story [4] just came on, Avengers: Endgame — we’re also seeing a lot of interest in other original programs that we’ve created, movies and series,” Bob Iger told CNBC in an interview.

“Great interest in Disney Channel shows, and then broad interest in just a lot of other things. Pixar shorts, and older Disney shorts, and clearly those brands — Disney and Pixar and Marvel and Star Wars and National Geographic — are resonating, which as we’ve said at the beginning, gives us the ability to focus more on quality, high-quality branded content for the service and less on volume.”

But there is one show in particular that is creating a lot of buzz and success for Disney’s streaming service. Of course we are referring to the Star Wars themed Disney+ Original — The Mandalorian (and Baby Yoda, of course).

“We were actually heartened by the fact that after the original episodes of The Mandalorian were all made available, we really didn’t see significant churn [rate] from that,” Iger said. “One of the things that we’ve noted that’s quite interesting is about 65% of the people that actually watch Mandalorian watched at least ten or more other things on the service. And so what we’re seeing in terms of consumption, is consumption really across the board.”

Even More To Look Forward To

Subscribers to Disney+ can look forward to a ton of new content in the upcoming months including the Disney+ Original The Falcon and the Winter Soldier, which will be released in August of 2020, as well as WandaVision (December 2020) and Season 2 of The Mandalorian (October 2020) .

If you are not yet subscribed to Disney’s new streaming service, you can subscribe here.

Did you see the new Disney+ promotion during the 2020 Oscars? Let us know in the comments.

Comments Off on Grab The Tissues: New Emotional Disney+ Commercial Airs During 2020 Oscars