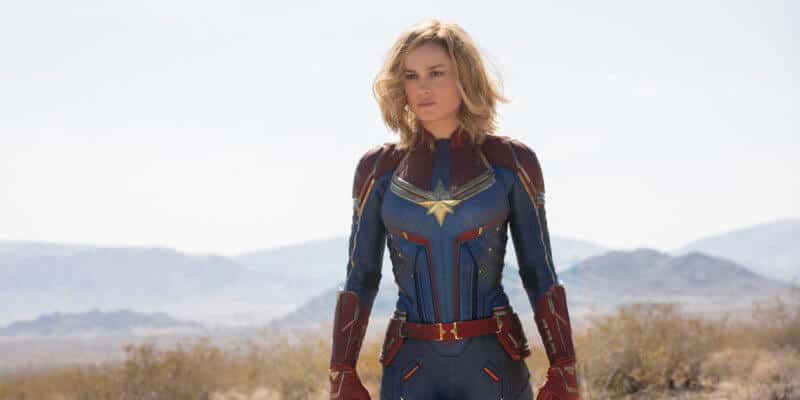 One of the most anticipated films of 2019, Captain Marvel excelled at the box office raking in $1.128 billion dollars. This story of one of the latest heroes to join the Marvel Cinematic Universe was met with both high regards from critics along with an unfortunate amount of internet trolling, and while we hate to feed the trolls, we’ve just learned that Captain Marvel was actually the most mistake-filled movie of 2019.

Captain Marvel came in at a record 59 mistakes, with errors ranging from an edition of Street Fighter that was not yet released in the film’s setting of 1995. While Brie Larson’s character is strolling through Blockbuster near the beginning of the movie, VHS tapes and posters for movies not yet released lined some of the shelves, and there were even some songbooks shown in background shots that would not be released until the 2000s. Another scene shows a character using a desktop computer with a version of Windows that did not yet exist in 1995.

Oddly enough, Marvel’s other most anticipated film of the year, Avengers: Endgame came in second for the most movie mistakes with a total of 51 errors. One of the most noticeable mistakes in Avengers: Endgame comes when Hulk is eating breakfast with Nat, Cap, and Scott and a crepe cut into two pieces is visible but put back together in the next shot. Of course, mistakes like this one and even many of the larger mistakes in Captain Marvel are likely hardly noticeable to the average audience member, but it’s still interesting to see where small slip-ups take place during film-making.

The Captain Marvel mistakes may be essentially harmless, but given the unfortunate backlash from “fans” who presumably took issue simply with Marvel’s use of strong women characters and actress Brie Larson specifically, we’re hoping that the news of the pop culture mistakes in the film will just be a fun side not and not a cause for additional drama.

While Captain Marvel was still in theaters, Rotton Tomatoes even took actions to block trolls from disparaging the film. Moreover, the film challenged many of the stereotypical superhero movie motifs and promoted the character as a feminist role model with moments like the extended “What, no smile?” scene, where Carol Danvers is catcalled by a man while planning her next move.

Brie Larson’s character certainly earned more undeserved hate from fans than almost any other character from superhero films in recent memory, but thankfully just as many fans fell in love with Carol Danvers, spawning numerous merchandise collections, fan art, and more all based on the movie.

Did you happen to notice any mistakes during Captain Marvel’s screen time? If so, did they matter, or are you content enjoying the film as is? Let us know in the comments!