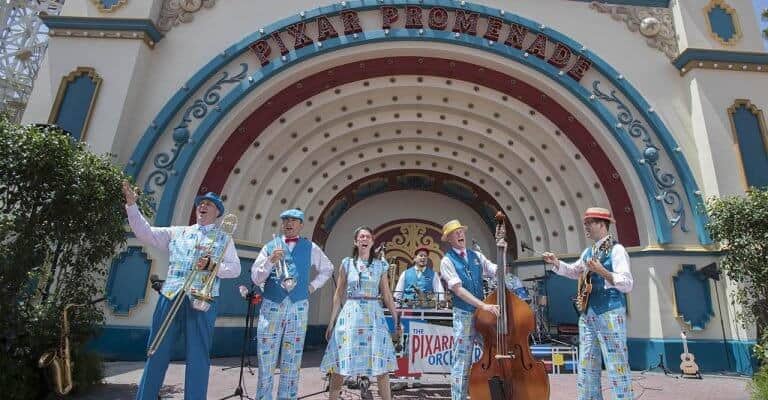 After a summer with lower attendance than usual, Disneyland Resort has decided to cut back on live entertainment at Disneyland and Disney California Adventure.

OC Register confirmed with Disneyland officials this week that two live shows (one at each theme park) have been canceled after declines in attendance this summer at the resort. Both the Laughing Stock Co. at the Golden Horseshoe in Disneyland and the Pixarmonic Orchestra at Pixar Pier at Disney California Adventure will end their runs on September 15.

According to the local Orange County news source, Disneyland Resort officials say that these seasonal changes in entertainment (as summer moves into fall) are part of the normal course of business. Before the cancellation of the Laughing Stock Co. and the Pixarmonic Orchestra was announced, Disneyland also cut back on two other shows. The Red Car Trolley News Boys ended their run earlier this summer, coinciding with the temporary closure of the Red Car Trolley. And the Tale of the Lion King show (seasonal entertainment in celebration of “The Lion King” this summer) was scaled back with many less dancers participating.

Just as with the Red Car Trolley News Boys and the Tale of the Lion King, Cast Members who are a part of the Laughing Stock Co. and the Pixarmonic Orchestra may be scheduled in other areas of the theme parks.

While it’s disappointing for Disneyland to be cutting back on entertainment, it’s understandable that this is simply protocol. As fans of both the Laughing Stock Co. and the Pixarmonic Orchestra, we hope that the two shows will return to Disneyland and Disney California Adventure soon. Both add so much to the charm and atmosphere of Disneyland Resort, and Disneyland’s live entertainment is what makes these southern California Disney Parks a cut above the rest.

Want to plan a trip to Disneyland before September 15 to see this live entertainment before it’s gone? Or want to book the Disney trip of a lifetime to experience the Happiest Place on Earth during Halloween? No matter what time of year you go, Disneyland Resort is magical, and an Authorized Disney Vacation Planner can help give you the vacation of your dreams. Click here for a free, no-obligation quote from Academy Travel.

What do you think of Disneyland’s current procedures of cutting back on entertainment? Let us know in the comments!