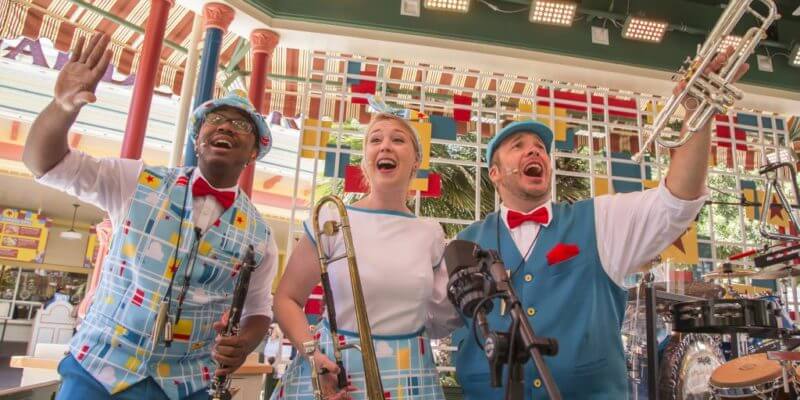 Now, as Pixar Pier readies to open next month on the other side of the park’s Paradise Bay, it’s exciting to hear confirmation that Pixarmonic Orchestra will find a new, much more permanent home in the pier’s new bandshell located adjacent to Pixar Pal-A-Round (formerly Mickey’s Fun Wheel).

“In Pixar Promenade, we’ve got a bandshell. This is where our Pixarmonic [Orchestra] will be playing when the pier opens. They’ve started now for Pixar Fest, [but] this will be their permanent home,” said Walt Disney Imagineer Jeffrey Shaver-Moskowitz during the Pixar Pier media preview this week.