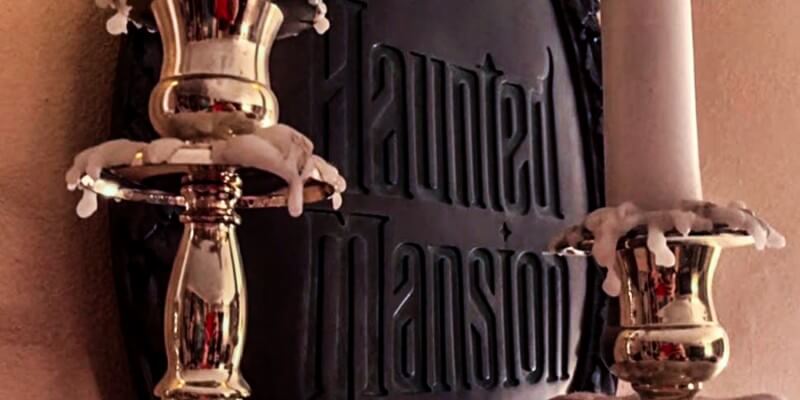 Jed Grabon-Naggar (JGN) is a dreamer and a thinker. He’s also no stranger to themed environments, having worked at both Walt Disney Company (both at Disneyland and Walt Disney World) and Universal Orlando Resort. Along with his theme park passion, Jed’s entertainment experience includes theater and haunted house work (scenic and special effects). With this talented resume, it comes as no surprise that he was able to create some amazing themed rooms for the Central Florida condominium he calls home.

Inside the Magic is thrilled to be able to share those immersive environments with our readers. . . 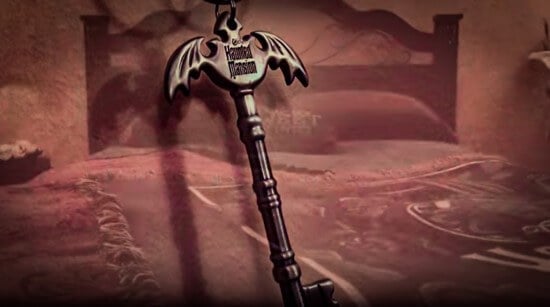 This delightfully dark bedroom was inspired by Disney’s Haunted Mansion, that beloved classic haunted house that Walt dreamed up even before he created Disneyland. This creepy cool chamber features The Foyer Organ version of Grim Grinning Ghosts playing somberly in the room, while ghostly whispers and creaking floorboards occasionally echo through the halls.

With its incredible attention to detail, The Haunted Mansion was my introduction to the power of immersive themed entertainment. I remember being very scared of the attraction as a young child, but somewhere along the way that fear turned into tremendous appreciation. I was a fan in my own environment, but it was The Haunted Mansion’s 30th Anniversary Celebration at Disneyland that showed me I wasn’t alone in my passion. It was incredible to meet fellow Mansion Fans, and just as amazing to walk away with some collectible merchandise, as Disney hadn’t ever really marketed the attraction this way before. From there, my collection grew and grew, and creating a room inspired by the attraction felt like the only way to give my findings a proper resting place. – JGN As to the decorative elements of this spirited sanctum, Jed advised ITM:

When it came to color, I happily went with the hunter green of the butler and maid costumes with deep purple accents for the bedding and window treatments, and various shades of browns for the walls and doors. I wanted the place to be delightfully unlivable, reminiscent of the first few rooms of the Mansion, but not so dark that vision was impaired. I deliberately avoided using the Corridor of Doors wallpaper – this was meant to be a room for resting in peace, not for nightmare-ridden sleep. The non-mansion items that lend to the period feel of the chilling chamber came from a wholesale furniture store stocking ornately carved pieces which included faux marble surfaces.

The matching headboard reminded me of the ironwork above the Magic Kingdom’s Mansion gate, and I knew it also had to follow me home. Most of the Haunted Mansion artifacts that adorn the Master’s Chambers are authentic Disney collectible pieces. The raven, caretaker’s lantern, 113-hour clock, aging portrait, candelabrum, funeral flowers and glowing hatbox were added for fiendish fun to finish out the happily haunted room.

Jed also pointed out a few festive facts about the Master’s Chambers:

The aging portrait actually takes three minutes to subtly transition to its final form; the pacing was increased for the video in the interest of time. After viewing the video, many people have been most impressed with the lightning effect outside the bedroom window. This is one secret I am happy to reveal: that’s actually a real Central Florida thunderstorm! As fate would have it, a pretty violent storm came through on the night I was recording the video, and I was very lucky to get a few shots of some fantastic “Mansion-esque” lightning. The thunder sounds were, of course, added afterward, but it’s as if the Happy Haunts were on my side and helped make this project as authentic as possible. The bedroom is certainly a great place to be whenever a storm is in the area. Stay tuned to Inside the Magic for more marvelously Disney inspired themed rooms crafted by the talented Jed Grabon-Naggar.

Did you like this home? We have more At Home Imagineering: Haunted Mansion inspired masterpieces.

If this has inspired you to create your own happy haunt in your home let us know.