"That Is NOT Chris Pratt", Marvel Star Reveals New Look After Leaving 'Guardians of the Galaxy' - Inside the Magic 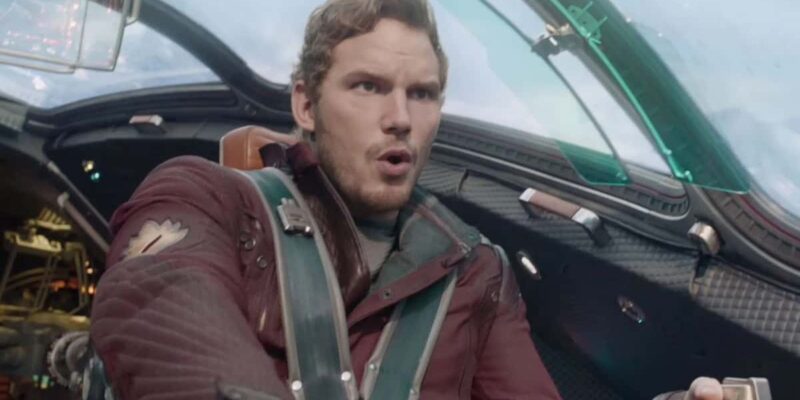 Actor Chris Pratt is no stranger to the limelight. The television sitcom actor turned blockbuster movie star has starred in some of the highest-grossing movies of all time including Avengers: Infinity War (2018) and Avengers: Endgame (2019), as well as the leading character Owen Grady in the Jurassic World film series, the latest being Jurassic World Dominion (2022).

Pratt made his Marvel Cinematic Universe debut as Peter Quill AKA Star-Lord in director James Gunn’s Guardians of the Galaxy (2014) alongside other MCU newcomers like Zoe Saldaña (Gamora), Dave Bautista (Drax the Destroyer), and Bradley Cooper (Rocket Raccoon). Pratt, and his co-stars, will have one more outing as the ragtag group of disparate misfits in the third Guardians installment, Guardians of the Galaxy Vol. 3 (2023), which also sees the first appearance of Adam Warlock, played by Will Poulter.

With so many Hollywood movies, including Onward (2020) and The Tomorrow War (2021), under his belt, Pratt’s versatility as an actor is shown through his work in comedy, action, and animation. While many knew Pratt from his role in the NBC sitcom, Parks and Recreation, where he starred as Andy Dwyer, it would be his turn as Peter Quill and Owen Grady that would catapult him into superstardom. But with the transition from assistant to superhero, came a dramatic image transformation that became a huge talking point in 2014.

Now, the actor is once again causing a stir by debuting a new Mario-esque feature.

Posting to Instagram, Pratt shared an image of him and his wife Katherine Schwarzenegger complete with a Mario mustache. He wrote:

New year, new stache, same us. Wishing all of you a healthy, happy, and blessed New Year!

The post, which has now gone viral with close to one million likes, has had tons of comments come flooding in with many fans both questioning Pratt’s facial hair and comparing his look to the likes of other Marvel actors, Ethan Hawke (Arthur Harrow) and Christian Bale (Gorr the God Butcher).

It also caused an influx of comments from people declaring that the person in the image is not Chris Pratt at all.

THAT IS NOT CHRIS PRATT LMAO

No that’s not Chris Pratt

Slowly turning into Mario quite literally

In fact, many people likened Pratt’s appearance to the Italian plumber thanks to the actor lending his voice to the upcoming movie based on the Mario and Super Mario franchise character. Nintendo, Illumination, and Universal’s The Super Mario Bros. Movie (2023) is slated to release this year with Pratt, rather controversially, in the title role as Mario.

Pratt will be joined by Anya Taylor-Joy as Princess Peach, Charlie Day as Luigi, and Jack Black as the villainous Bowser, among others.

As for Pratt’s future in the Marvel Cinematic Universe, both director James Gunn and the cast have been open with the fact that Vol. 3 will be the last outing for this specific cast of Guardians. Guardians of the Galaxy Vol. 3 is expected to release on May 5, 2023, as part of Phase Five. It will be the next movie after Ant-Man and the Wasp: Quantumania (2023).

What do you think of Chris Pratt’s mustache? Let us know in the comments down below!

Comments Off on “That Is NOT Chris Pratt”, Marvel Star Reveals New Look After Leaving ‘Guardians of the Galaxy’