'Teenage Mutant Ninja Turtles' Gets R-Rated Prequel - Inside the Magic 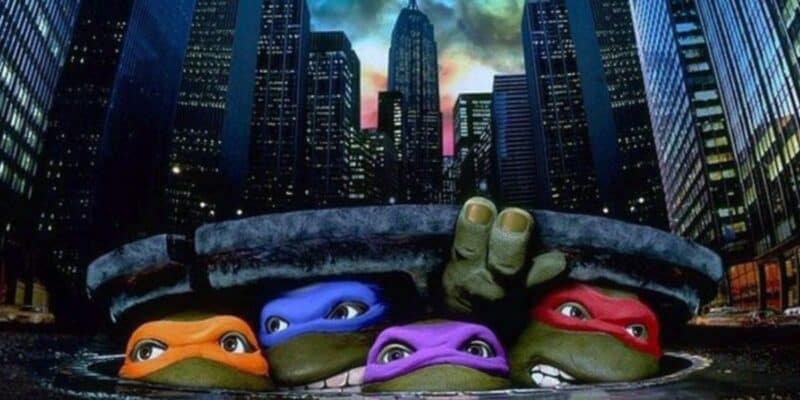 It would seem that “Turtlemania” is making a comeback. The era that dominated the early ’90s saw the Teenage Mutant Ninja Turtles dominate everything from toy shelves to television screens, video games to movie theaters and beyond.

The pop culture phenomenon eventually wound down, but the Ninja Turtles never disappeared and have remained consistently popular, in the form of several cartoon show iterations, countless toy lines, a number of theatrical reboots, and IDW’s long-running comic book series.

Like the “Ghostbusters” comic book series, “Teenage Mutant Ninja Turtles” has been around for a long time, though the comics were originally published by Mirage Comics and then Archie Comics. Now, IDW Publishing continues to hold the exclusive rights, and they aren’t resting on their laurels.

One of the most popular runs is “Teenage Mutant Ninja Turtles: The Last Ronin” (2020), a five-issue miniseries that takes place in a dystopian future, in which surviving Ninja Turtle Michelangelo is hell-bent on avenging his fallen brothers, Leonardo, Raphael, and Donatello.

The dark and gritty series has received praise from fans and critics alike, with many wondering if the story will ever get the silver screen treatment. Unfortunately, there’s nothing in development, although there is an excellent fan-made film currently doing the rounds on YouTube.

There are also a number of upcoming projects from Paramount — a CG-animated film from producer Seth Rogen titled Teenage Mutant Ninja Turtles: Mutant Mayhem (2023), a live-action reboot from producer Michael Bay, and a number of Paramount+-exclusive films.

That’s right — the beloved comic book miniseries is getting its own prequel, with the first issue going on sale in a matter of days. The prequel will explore the years that precede “The Last Ronin”, finding Michelangelo as he deals with the aftermath of the deaths of his brothers.

While it remains to be seen whether or not “The Last Ronin” will ever get the theatrical adaptation,or even a live-action television series it so deserves, remains to be seen. But the fact that it’s already getting a follow-up of some kind does bring us one step closer to that possibility.

As per IDW, here’s the synopsis for “Teenage Mutant Ninja Turtles: The Last Ronin — Lost Years”:

RETURN TO THE RONIN-VERSE! In the smash-hit miniseries TMNT: The Last Ronin, readers were taken on a pulse-pounding trek through time — past, present, future — to witness the final gut-wrenching days of the Heroes in a Half Shell. For Michelangelo in particular, the march to his heartbreaking last battle was long and dangerous, taking him from New York City, to Japan, across Asia and Europe, and then back home again to administer final justice against those guilty of killing his family.

But what happened during those fateful years when he had only the need for vengeance and Master Splinter’s journal to guide him? What battles did he fight? What hard lessons did he learn? The time has come to find out as original miniseries writers Kevin Eastman and Tom Waltz join artist Ben Bishop (TMNT: The Last Ronin) to finally reveal what adventures the Last Ronin experienced during his vengeful journey. While in the present, a new master, Casey Marie Jones, prepares her young terrapin students to be the next generation of… Teenage Mutant Ninja Turtles!

Related: Will the Live-Action ‘Ninja Turtles’ Reboot Be All-Female?!

We’re already sold on “Lost Years” being a prequel to “The Last Ronin”, but the fact that it will also include “the next generation of Teenage Mutant Ninja Turtles” is just as intriguing. In the wider TMNT universe, there are more Turtles than just Leonardo, Michelangelo, Raphael, and Donatello, including the two female Turtles, Jennika and Venus de Milo.

Issue # 1 will be available from January 25, and Issue # 2 from February 22. Meanwhile, there are even rumors of an open-world Ninja Turtles game hitting shelves some time this year.

Have you read The Last Ronin? Let us know in the comments down below!