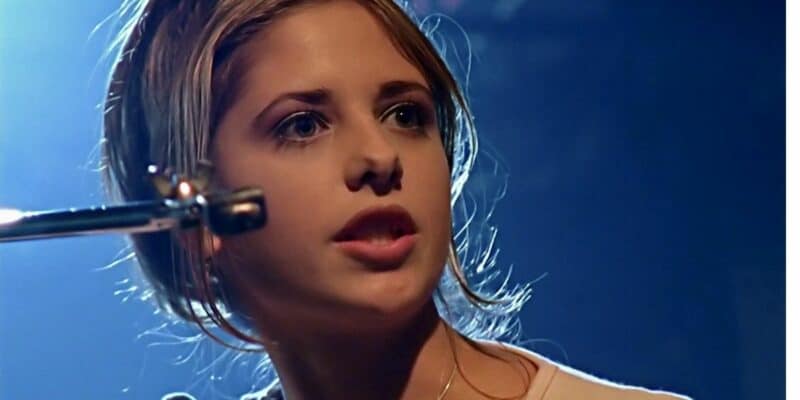 In recent years, talks of a Buffy the Vampire Slayer (1997) reboot or a continuation of some kind have plagued the Internet like vampires in Sunnydale during the late nineties and early noughties. And though such a project almost got given the green-light by Fox back in 2018, it is yet to see the light of day.

But just when you thought the chances of a Buffy the Vampire Slayer reboot had finally turned to dust, Sarah Michelle Gellar has now discussed the possibility of a revival. But would the beloved actress be interested in reprising her role?

Along with its spin-off series Angel (1999), Buffy the Vampire Slayer has amassed a huge cult following since it departed our television screens back in 2003. There have been other continuations, though, in the form of several novels and comic books.

More recently, there was the YA novel from Kendare Blake titled “In Every Generation” (2022), which acts as a sequel to the show, following the children of characters such as Willow Rosenberg (Alyson Hannigan) as they navigate life in a modern-day Sunnydale High.

Now, it seems that the chances of the original series being resurrected just improved ever so slightly, as actress Sarah Michelle Gellar, best known, of course, for playing the titular vampire slayer Buffy Summers, has talked about whether or not she would return for the long-awaited reboot.

In an interview with SFX Magazine, transcribed by CBR, when asked if she would be interested in reprising her role as Buffy Summers, Gellar, 45, gave a rather blunt response, however, she did go on to explain how the series leaves the door wide open for a continuation.

Check out her full comments below:

Gellar is absolutely right — the Buffy the Vampire Slayer finale certainly leaves the doors wide open for new slayers to be introduced. Unfortunately, though, the chances of that happening remain incredibly slim, but at least we now know Gellar won’t be returning.

Even the show’s creator Joss Whedon himself is doubtful. During Buffy the Vampire Slayer‘s 20th anniversary in 2017, he told The Hollywood Reporter that he had many fears about the show being rebooted. And last year, Fox producer Gail Berman told The Hollywood Reporter’s TV’s Top 5 Podcast that the Buffy the Vampire Slayer reboot was “on pause” indefinitely.

Buffy the Vampire Slayer has not been without its fair share of controversy in recent years, at times even giving the Wizarding World a run for its money. Joss Whedon was accused of abusive on-set behavior by a number of actors, which came after similar allegations made by Ray Fisher (Cyborg/Victor Stone) on the set of Justice League (2017).

Buffy the Vampire Slayer ran for seven seasons before finally coming to an end in 2003. A number of episodes, including “Hush”, “The Body”, and “Once More, With Feeling”, were nominated for Emmy Awards, and are considered among the best episodes in the entire series.

As per Disney+, here’s the official synopsis for Buffy the Vampire Slayer:

Buffy the Vampire Slayer is a comedy-action series that chronicles the adventures of Buffy Summers, a teenage girl who is gifted with the strength and skill to hunt vampires.

Do you want a Buffy the Vampire Slayer follow-up? Let us know in the comments down below!