No, You Shouldn't Play the New 'Harry Potter' Game - Inside the Magic 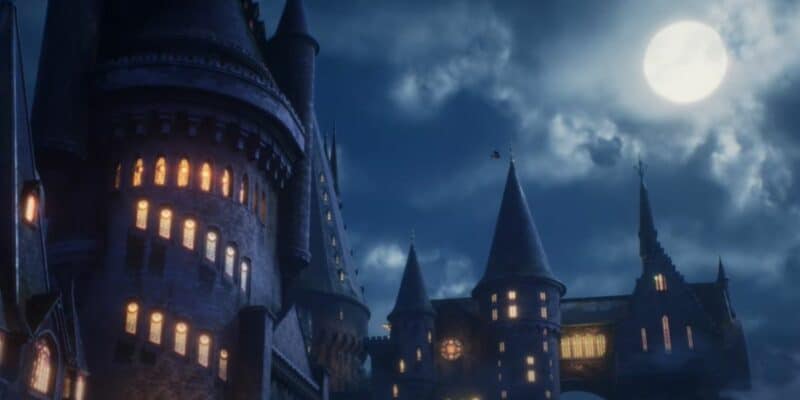 Wizarding World fans will see the latest installment in the Harry Potter universe on February 10 with the release of Hogwarts Legacy on PlayStation 5, Nintendo Switch, PlayStation 4, Xbox Series X and Series S, Xbox One, Microsoft Windows. This highly-anticipated open-world video game contains aspects of the iconic books and movies. This comes as Warner Bros. decides the fate of the Fantastic Beasts series, whose most recent installment was poorly received.

Fans of J.K. Rowling’s series can explore Forbidden Forest, Hogsmeade Village, Diagon Alley, and Hogwarts School of Witchcraft and Wizardry. But they won’t interact with familiar Harry Potter characters, as the game takes place sometime in the 1800s.

As a Harry Potter fan since elementary school and a lover of open-world video games, I wish I could be excited about Hogwarts Legacy. I’d love to write a rave review of the game after exploring the universe I’ve loved for almost two decades. (Seriously, I went to Harry Potter conventions…) Unfortunately, that’s not possible anymore.

If you’re a Harry Potter fan with a Twitter account, it’s impossible to ignore the transphobic radicalization undergone by J.K. Rowling over the past few years. It started with a few liked tweets in 2018, which she claimed were accidental. But over the course of four years, she descended into full TERF (trans-exclusionary radical feminist) territory.

Rowling proudly proclaims her hatred for transgender people, particularly transgender women. She frames this, of course, as being gender critical. She claims to be concerned for the well-being of cisgender women and girls, who she fears could be attacked by trans women. (These fears, by the way, are unfounded. Transgender people are four times more likely to be the victims of violent crime than cisgender people, according to a study by the UCLA Williams Institute).

The author’s digital activism has real-life consequences – like sending her legions of followers after transgender activists. Under her pen name, “Robert Galbraith,” Rowling published an absurdly-long book in which a transphobic YouTuber is murdered by an activist and another in which a cisgender male serial killer dresses as a woman to trick victims.

Rowling claims to support the LGB community – but she doesn’t get to pick and choose. Transgender activists like Marsha P. Johnson are the backbone of the equal rights movement and led the rally at Stonewall.

While die-hard fans will defend Rowling, many of the core Harry Potter cast have turned against her, including Daniel Radcliffe, Rupert Grint, and known-feminist activist Emma Watson.

Of course, J.K. Rowling didn’t create Hogwarts Legacy. But she created the Wizarding World that spawned it and will receive royalties when you purchase it. Royalties that she has and will use to support marginalization and harm towards transgender people.

If that’s not enough, Hogwarts Legacy is entirely based on a problematic storyline. Goblins, bankers in the Harry Potter universe, have long been considered an antisemitic caricature of Jewish stereotypes. And the game makes them the villains.

Sure, Rowling doesn’t say the goblins are Jewish…But she also named an Asian character Cho Chang. Let’s not excuse underlying racism and antisemitism and racism because it’s not in-your-face enough.

At the end of the day, it’s your decision alone to purchase and play Hogwarts Legacy. But if you consider yourself an ally to marginalized and oppressed communities, you should know that their lives are worth much more than a video game.

Will you be playing Hogwarts Legacy?

*Editor’s Note: The views expressed in this opinion article are those of the author and do not necessarily reflect those of Inside the Magic as a whole.