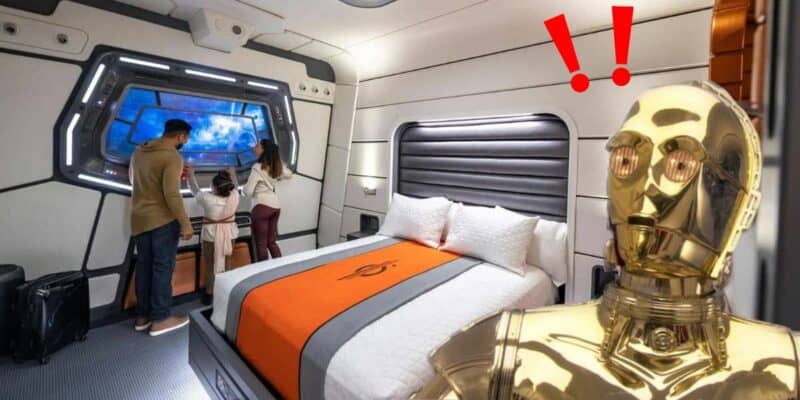 Any Star Wars fan who wanted the experience may have to reschedule!

In theory, the idea of Star Wars: Galactic Starcruiser is fantastic. Guests can spend a night or two in a completely original Star Wars-themed hotel, complete with in-universe food, entertainment, and even some Star Wars LARP-ing! The part that most every fan had an issue with is the price tag.

The cost for just two people in a standard cabin comes out to about $5,000. While this does include the food and entertainment like the Sublight Lounge for two nights, it’s an enormous amount of money. Conservative estimates for ocean cruises, upon which the experience is based, run around $3,000 for an entire week. Even excursions on the Disney Cruise Line run around $3000 for three nights!

Before the Disney experience even opened, former Disney CEO Bob Chapek was extremely confident. In several different appearances, he touted the new Hotel as a significant achievement, talking about the enormous number of bookings. There were even members of social media that were given a complimentary stay to hype up the hotel in an effort to generate buzz.

Now, as the one-year anniversary of the hotel approaches, things seem to be faltering already. Bookings have gone up and down and haven’t been as steady as predicted, and now Disney has gone to some extreme lengths to fill the rooms in the Halcyon Starcruiser, including two measures Guests haven’t seen before.

The first measure was introduced by Disney not long ago, advertising that Guests could save $700 on a two-night stay at Walt Disney World Resort Hotels if they purchased the Galactic Starcruiser experience. That’s a huge discount, considering it could almost cut the cost of a Resort Hotel stay in half, but that’s after dropping $5000 on the Starcruiser as part of a Disney vacation…

The other measure is a little more telling. According to a recent report by The Direct, Disney has canceled at least nine separate voyages on the Galactic Starcruiser, all during peak season, July through August. While those who had voyages planned during these slots have been offered a 50% discount to reschedule, it does not bode well for the hotel. 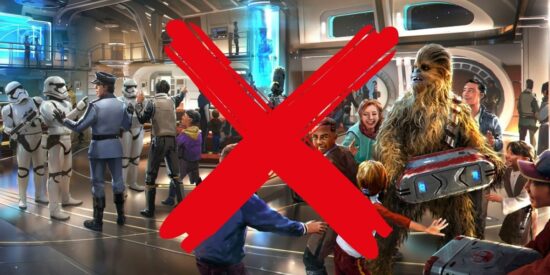 Reports from Guests calling to reschedule say that Disney agents claim the cancellations are due to a “refurbishment period.” While possible, this is highly unlikely. While Park refurbishment has, in the past, taken place during peak seasons, Disney generally relegates updates, remodels, and refurbishment, especially to off-season months, to ensure as many Guests as possible are able to enjoy whatever it is they’re updating.

While nothing official has been stated by Disney, these actions speak to a hotel that isn’t doing well. Could this bode the lowering of prices? It would be straightforward for Walt Disney World to either offer the Starcruiser for a lower rate or allow Guests to participate in some of the activities without staying the night for another discounted rate. Either way, the cracks are starting to show, and fans hope that something happens soon to make the experience more accessible.

What do you think about these Starcruiser measures taken by Disney? Let us know in the comments below!