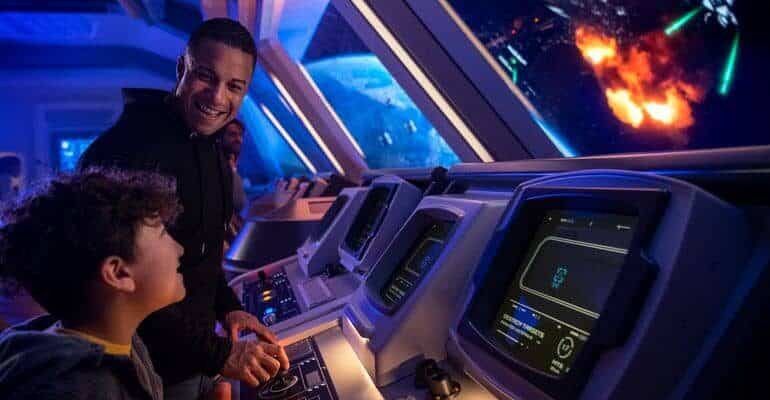 The Star Wars: Galactic Starcruiser, Disney’s newest luxury hotel, has faced criticism from many fans on a variety of issues, starting with its $6,000 price point for a family of four. The hotel provides an immersive experience in which Guests will embark on their own uniquely-themed Star Wars journey with a special itinerary.

During their experience, Guests are treated to many unique features aboard the Galactic Starcruiser before eventually making their way to the “Walt Disney World Resort terminal” to experience Star Wars: Galaxy’s Edge.

Still, the tw0-night experience has left many unimpressed and, as a result of the price and reviews, demand is rapidly decreasing.

Looking at the schedule for the Star Wars experience, we can see that dates are becoming much easier to access. In its infancy, many weeks and voyages for the Galactic Starcruiser were sold out. Now, that’s not the case.

As you can see, the schedule for the rest of the year only shows two weeks– the week of Thanksgiving and the week right after Christmas– that are completely sold out. Even then, Guests could still book the Saturday after Thanksgiving for a voyage.

In addition, as of the time of this writing, no dates are sold out for 2023.

Disney’s official description of Star Wars: Galactic Starcruiser can be seen below:

For more information on booking the experience, you can visit Disney’s official website.

What do you think of demand plummetting for Disney’s Galactic Starcruiser? Let us know in the comments!