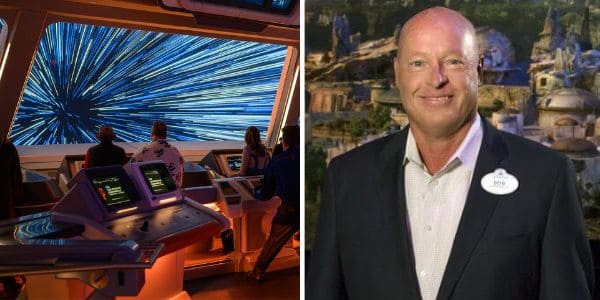 We recently noticed that Disney’s new Galactic Starcruiser is fairly empty in the coming months, going against what the CEO had said.

Few things have been as exciting or more talked-about than Disney’s new Galactic Starcruiser experience. One part interactive theater/role-playing adventure, one part hotel one part Star Wars goodness, this immersive experience will be sure to please anyone in the Disney Parks or Star Wars. Or so we thought…

Filled with interactive experiences like lightsaber training as well as a fully interactive bridge, the Starcruiser offers Star Wars fans the ultimate immersive experience. This comes at quite a pretty high cost, however.

The cheapest option offered to Guests is a whopping $4,809 for two occupants in a single stateroom on a two-night journey. The price for four Guests jumps to just under $6,000 for the same amount of time, meaning you’ll need a lot of galactic credits or need to know a bounty hunter or two to afford a stay on this luxury “ship”.

Earlier this year, Disney CEO Bob Chapek had nothing but positive things to say about the hotel, saying he fully expects “100% utilization”.

However, we took a look at the reservation calendar for the starcruiser and noticed bookings have faltered quite a bit. Below are screenshots from the official website showing reservations for the next few months:

As you can see here, June has two dates that are still available while July is booked solid. August is half full.

September, October, and November are all practically empty, with only two dates in each being unavailable.

December does not have any blocked-out dates at the time of publishing this article.

Have you been on board Disney’s Galactic Starcruiser?