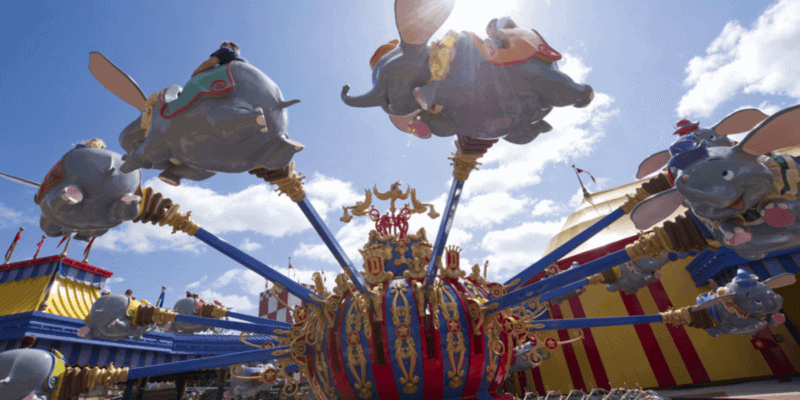 Some Guests recently got together online and discussed what rides and attractions could use some attention.

When visiting the Walt Disney World Resort, you probably noticed the sheer amount there is to do there. From the amazing selection of hotels and resorts to stay at to the two incredibly-fun water parks to the iconic four theme parks, it’s hard to run out of things to do and experience when visiting Disney World.

One of the most exciting things about visiting often is getting to see everything new that Disney adds. From exciting new lands to brand-new rides and attractions and delicious snacks, Guests will always find something they haven’t seen, heard, or tasted before.

At Magic Kingdom, Guests can find iconic dark rides like Haunted Mansion and Pirates of the Caribbean as well as newer and more thrilling rides like Seven Drawves Mine Train and the exciting new TRON roller coaster. EPCOT offers Guests a more educational experience, with rides and attractions based on various countries and cultures around the world.

Hollywood Studios transports Guests into their favorite properties like Star Wars and Indiana Jones as well as offering the most in terms of thrill rides with Rock ‘n’ Roller Coaster and Tower of Terror.

However, things aren’t always perfect. Some Disney World veterans may have noticed a few aspects of the Resort needs some work. Disney World is celebrating its 50th anniversary, after all, meaning the amusement park has been open for half a century.

We see rides get shut down a lot, whether by accident or on purpose so they can be refurbished. However, some areas and experiences in the Resort are in desperate need of some pixie dust (and some concrete).

In a post shared on social media, one passionate Disney Park fan asked a burning question relating to this topic. . The post reads as follows:

Which ride badly needs an upgrade ??

After this recent trip, the main ride that I think needs an upgrade is Journey into Imagination with Figment, but I feel it’s needed one for a while now. I find it to be cute and nostalgic…. But still it feels very dated and some of the show scenes feel stagnant. It shows it’s age more than some even older attractions

The first attraction mentioned in this thread was the legendary Carousel of Progress in Tomorrowland at Magic Kingdom. While many Guests may not want to admit it, this ride is dated. Now, part of that is intentional of course, as the attraction takes Guests through the history of technology and invention.

However, the scene toward the end is rough considering it’s supposed to represent our future. Currently, the end scene shows the family at Christmas, all enjoying their new gifts as they wear some very 90’s-inspired outfits. The main focal point of this scene is a virtual reality game (which we have) as well as an oven that can be turned on or off by voice command (which we basically have).

Obviously, it would be impossible to fully capture what the future looks like as we will always approach it at some point. but this final scene is still quite lacking and shows the age of the attraction considerably.

For those who may not have experienced the Carousel of Progress, Disney describes it as follows:

Walt Disney originally conceived the show as part of a new area at Disneyland Parkcalled Edison Square. When the concept was abandoned, the idea was reimagined, eventually opening under the name “Progressland” at the 1964-65 New York World’s Fair.

The next attraction Guests think is in desperate need of an upgrade is Peter Pan’s Flight. This answer may also shock you but it makes sense as it is quite old. The ride was an opening day attraction at the Magic Kingdom and has since become a very beloved ride.

The ride is a classic in every sense of the word and takes the Guests on a journey through the iconic Disney animated film. Even though the ride is old, it still manages to entertain Guests as they travel through the sky on this dark ride adventure.

There’s no denying that this ride, while fun, is rickety and shows its age. The ride uses a design in which the ride vehicle is held to the track by the top instead of the bottom, making for a very unique ride experience. Because of this, Guests will definitely feel some bumps, squeaks, and scratching while on board.

For those who haven’t experienced it, Disney describes Peter Pan’s Flight as follows:

Can Peter Pan defeat the dastardly Captain Hook and return his young companions safely to London? Or will someone meet an untimely end… in the jaws of a ey ticking crocodile?

The next attraction may not come as a surprise, with a lot of fans talking about Spaceship Earth at EPCOT. This ride takes Guests through the history of technology, similar to the Carousel of Progress, however here it’s all about communication and language.

The ride is legendary within the Disney Park community despite being considered “boring” by Guests looking for thrills. However, due to its age, some Guests are saying the ride could use some work. One user even said, “Spaceship Earth is basically held together with duct tape and a prayer these days. Badly in need of an upgrade/deep refurb to do it justice.”

Disney had revealed plans to overhaul the attraction but as of now, those plans seem to be abandoned.

More on Spaceship Earth at EPCOT:

The next ride discussed may not be a surprise, with fans bringing up possibly Disney’s scariest ride. DINOSAUR opened alongside the Animal Kingdom Park in April of 1998, although it had a different name and offered a slightly different experience. DINOSAUR is an extremely dark ride that showcases dinosaurs of all different sizes and species.
When the ride opened, it was actually called “Countdown to Extinction,” but this name was changed just a few years later in 2000 to help promote the animated Disney film Dinosaur (2000). Although the track layout, ride vehicle, and story are all almost entirely the same, the ride was a bit different before becoming the DINOSAUR we know and love (or love to hate!).
More on DINOSAUR at Animal Kingdom:

Walt Disney himself famously said that Disneyland would “never be finished”, indicating how dedicated he was to allowing every Guest to have new experiences each time they visited. This has remained true with the current Disney Parks and Imagineers, with new ideas always around the corner.
In the past few months alone we have seen Disney continue working on the transformation of EPCOT, which also recently received a brand new ride in the form of Guardians of the Galaxy: Cosmic Rewind, the first roller coaster at the Park. Guests are eagerly anticipating the release of the new TRON roller coaster in Tomorrowland at the Magic Kingdom as well.
Mickey and Minnie’s Runaway Railway proved to be such a success at Disney’s Hollywood Studios that a version of the attraction is headed to Disneyland in Ahaein, California. Disney also revealed it plans to add more scenes to Star Tours – The Adventures Continue, a fan-favorite motion-simulator ride that takes Guests on a journey through various locations set in the Star Wars Universe.