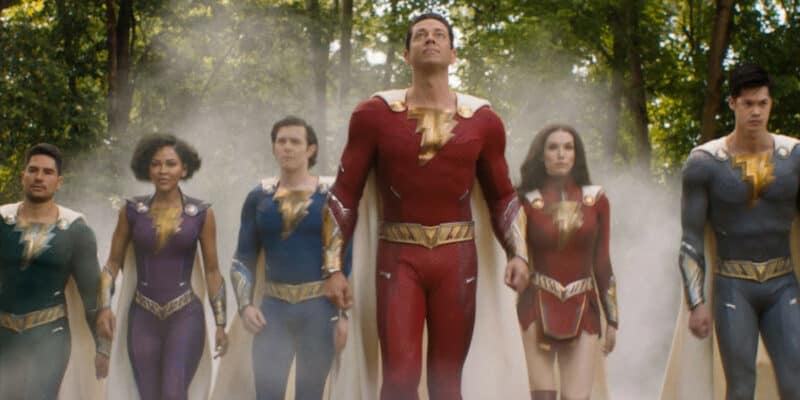 The next film from DC Studios finally gets some attention!

The upheaval at Warner Bros. and DC Studios has meant the cancelation of many different DC Comic-themed projects. Amidst this restructuring, several films within the DC universe have survived the cut: Shazam! Fury of the Gods (2023), The Flash (2023), Blue Beetle (2023), and Aquaman and the Lost Kingdom (2023). However, out of these films, one has been getting a strange amount of promotion.

The Flash, starring the controversial Ezra Miller, has already had a teaser trailer released, a title screen, and a handful of promotional images. It has also been rumored to be getting a TV promo during the 2023 Superbowl LVII, which represents a significant investment on the part of the studio, coming in at around $6 million for a 30-second commercial. All this, and the movie won’t even come out until June, and there’s one more DC film on the schedule that hasn’t had half as much promotion.

Shazam! (2019) was one of DC’s best-reviewed films since the start of its franchise. Coming in a close second after Patty Jenkins’ Wonder Woman (2017), the movie was a significant departure from DC’s trademark dark and brooding feel. Bringing humor and feeling in a natural way, the story of Billy Batson (Asher Angel/Zachary Levi) seemed to promise a fresh new direction for the studio and still might!

Having survived the cut, Shazam! Fury of the Gods will be DC Studios’ next big release and brings back Levi, Angel, and the whole Shazam family from the first film. The sequel promises to be right in line with its predecessor, bringing plenty of laughs, action, and heart as the team works to combat a new set of foes. With the positive reception of the first film, and the same crew returning for the sequel, it’s strange that it hasn’t gotten the same attention as The Flash.

Over New Year’s weekend, Shazam! finally got an official nod from DC. In a Tweet from DC Japan, reported by The Direct, Zachary Levi promoted the film, in character. Wearing his new suit, the hero wished Japanese fans a Happy New Year and talked about the “Superhero inside of all of us” before showcasing footage for the new film.

The most fearsome battle full of gods ⚡
Movie Shazam! ~Wrath of the Gods~
3.17 Theatrical release 👊💥

Though brief, the teaser is action-packed and promises a sequel that will live up to the original. The trailer showcases clips from the trailer released in July of last year, showing the team riding on unicorns, fighting a dragon, and even a quick glimpse at Helen Mirren’s Hespera, daughter of Atlas. All underscored with epic music saying, “let’s get down to business” this teaser promises a wild ride for the next installment from DC Studios.

Related: Move Over ‘Black Adam,’ ‘Shazam’ Is Back

Shazam! Fury of the Gods comes to theaters March 17, 2023, and stars Zachary Levi/Angel as Billy Batson/Shazam, Jack Dylan Grazer/Adam Brody as Freddy Freeman, Rachel Zegler as Anthea, Helen Mirren as Hespera, and Lucy Liu as Kalypso. Fury of the Gods follows the Shazam family as they face a new threat in the daughters of Atlas, whose new weapon threatens to destroy the world.

What do you think about Shazam! being ignored by DC? Let us know in the comments below!