'Fury' of Zachary Levi - 'Shazam!' Star Doesn't Hold Back In Defense of New DC Leadership - Inside the Magic 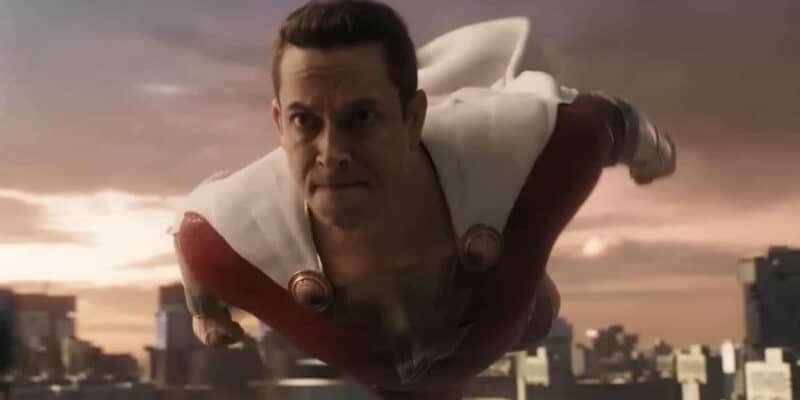 Zachary Levi went to bat for the leadership of DC Studios.

There has been no shortage of news surrounding the decisions being made by DC studios. With new leadership taking over, it shouldn’t come as a surprise that some things, or even most things, would change, but the rapidity with which they are changing has caught many fans by surprise. However, the one constant through the storm of rumor and accusation surrounding DC Studios and the new co-CEOs James Gunn, and Peter Safran, has been the support of the actors.

Despite a number of dismissals and negative updates, actors like Dwayne Johnson, and notably Henry Cavill, have voiced their support and understanding of the new direction of the studio, in many cases, wishing them success. It’s a very mature approach, making the best of a bad situation. Audiences have been less understanding. Many fans of the DC Universe, particularly fans of Zack Snyder’s Justice League (2021), have been extremely vocal in their disdain for the new leadership.

Fans have taken to social media in droves voicing their displeasure, so much so that for a while, the hashtag “FireJamesGunn” was trending on Twitter. This same hashtag has resurfaced after every rumor or announcement from the studio that has indicated a change from the current DC universe. James Gunn has been very responsive on social media when it comes to this kind of feedback, clearing up false rumors and confirming actual plans. As of this week, he’s no longer alone in that battle.

Shazam! (2019) star Zachary Levi took to social media on behalf of the new leadership of the studio. The video, reported by Variety, doesn’t pull any punches and calls out the negativity seen online in recent weeks:

“You have no idea the reasonings behind any of the decisions that are going on. The amount of conjecture and rumor mill and drama and nonsense that keeps getting spun around out there on Instagram and Twitter is laughable. It is unbelievably laughable…So I would just say be patient, and give them some space and some time to try and really make something special. And I think something that DC deserves to have, and something that [Zack] Snyder tried to do and it just didn’t ultimately materialize, guys.”

Levi didn’t stop there. The star of the upcoming DC film Shazam! Fury of the Gods (2023) defended the choices made by the studio chiefs so far, saying that their decisions have been made in the company’s best interest. Levi also promoted the sequel to his successful and popular DC Universe film, Shazam!, saying that the next one would be even better than the first but that if it underperformed, he trusted Gunn and Safran’s vision for the future of the DC Universe.

The DC fandom is still as delineated as ever. While this video was encouraging to those who are enthusiastic about the studio’s new leadership and direction, it was just as discouraging to those opposed to it. The responses are already pouring in on social media, both in support of and vehemently against Levi’s comments. Whether or not this response will affect the reception of Levi’s new film at the box office remains to be seen, but regardless, it’s clear the star is passionate about standing up for those he believes in.

What did you think of Levi’s comments? Let us know in the comments below!

Comments Off on ‘Fury’ of Zachary Levi – ‘Shazam!’ Star Doesn’t Hold Back In Defense of New DC Leadership