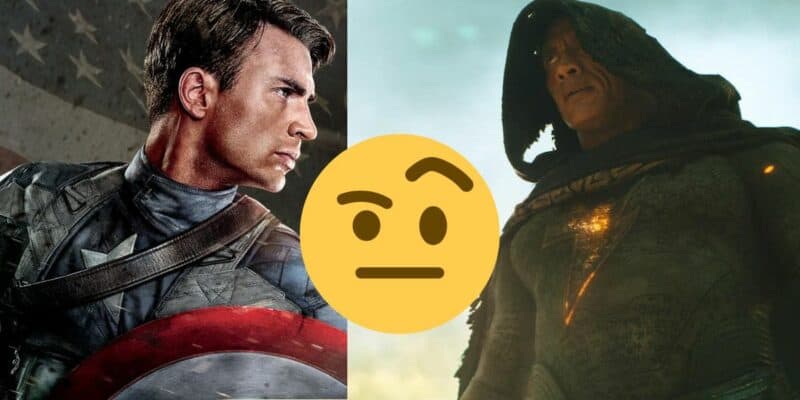 It’s a bit of a jump for Dwayne Johnson to make.

It’s no secret that the DC Extended Universe has bee faltering a bit lately. With their highest rated film (93% on Rotten Tomatoes) still being Patty Jenkins’ Wonder Woman (2017), there has yet to be a solid hit for DC films in a few years. This is especially troubling when comparing the DC Extended Universe’s ratings to those of the Marvel Cinematic Universe, where the majority of their films are at least ranked with a 70% or above on the same site.

Many hoped that their latest offering, Black Adam (2022) would be the film to pull the DC Extended Universe out of it’s slump, and kickstart the franchise once again. The marketing for it went back years, teasing that Dwayne “The Rock” Johnson would be taking on the role of the Millenia year old Superhero/Supervillain, and with Johnson’s positive reception in the world of entertainment, his growing skill as an actor, and massive build, it seemed like a slam-dunk.

While audience reaction was generally positive, the box offices haven’t shown amazing success, though recent reports state that the movie will profit. Still, key players are optimistic that it will be the start of a new direction for the DC Extended Universe, even as DC studios is in upheaval with the installment of James Gunn and Peter Safran as joint heads. One such optimist, is the lead actor behind the character himself, Dwayne Johnson.

As reported by MovieWeb, Johnson recently tweeted an interesting comparison, citing that the film would indeed make a profit, and then compared it to Captain America: The First Avenger (2011), which is now, this year, a full 11 years old. Johnson claimed that they are ” building our new franchise step by step”, and cited the First Avenger as pulling in a similar amount of box office revenue as his film. While it’s easy to see where he’s going with his logic, it doesn’t quite match up.

While it is true that the current box office sales put Black Adam $14 million above the global earnings for The First Avenger, when adjusted for inflation, things get a little less even. When adjusted conservatively for inflation, Marvel Studios Captain America: The First Avenger, were it released in 2022, would have made just shy of $100 million more than the latest offering from the DC Extended Universe. Of course this itself isn’t a perfect comparison either, but it does illustrate that the comparison is apples and oranges.

This could all be a moot point however, as James Gunn and Peter Safran have stated that things are going to change at DC Studios, and with the DC Extended Universe. With many films already on the chopping block, and several others rumored to be in that same position, a second solo foray for the character doesn’t seem likely.

What do you think of Dwane Johnson’s comparison? Let us know in the comments below!