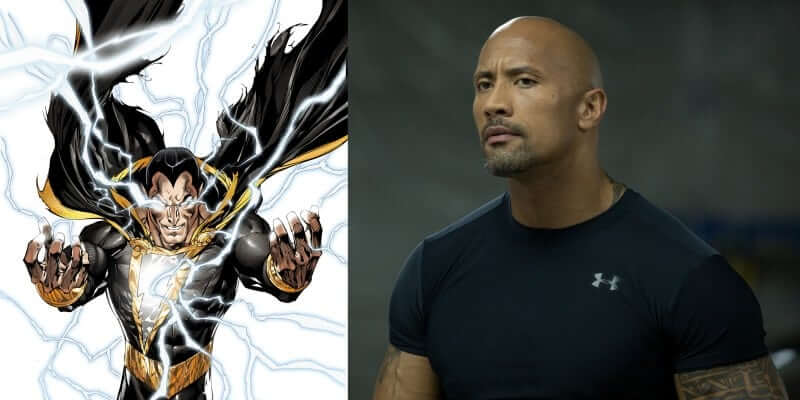 Shazam (formerly Captain Marvel) has had a very long, very complicated history in the pages of DC Comics, but one thing about the hero has been fairly consistent since his debut: the villains he fights.

Since 2008 Dwayne “The Rock” Johnson has been attached as Shazam’s arch-nemesis Black Adam in the upcoming “Shazam” movie from DC and Warner Bros.  But the news came out today that Johnson will also play Black Adam in an already-planned solo spinoff feature centering around the character who originated in the “Marvel Family” comic book way, way back in 1945.

The Hollywood Reporter notes that “it made no sense” to Warner Bros. executives “to have a man of Johnson’s stature be just a villain and a supporting character in an expensive tentpole. Thus a decision was made to spin Black Adam into his own film.”

DC’s “Shazam” is scheduled to hit theaters nationwide on April 5th, 2019, with the “Black Adam” movie currently in development for some time after that.