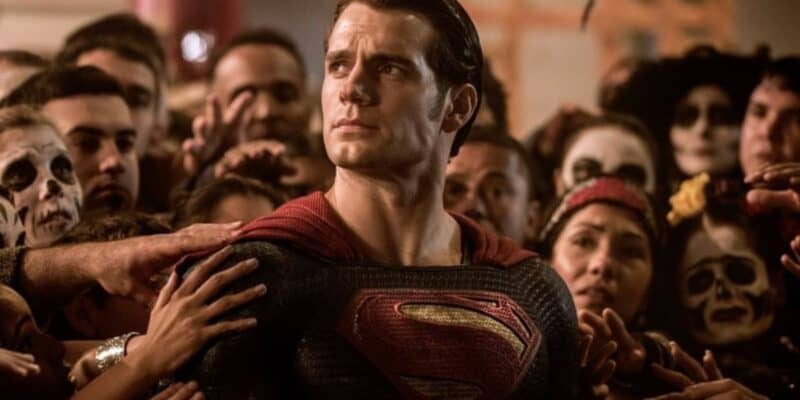 Fans aren’t the only ones disappointed to see Superman go.

With the press buzzing around the DC Universe this December, it’s hard to know what news can or cannot be trusted. One thing seemed like a sure bet: Henry Cavill’s Superman would be sticking around. It only made sense! The start of the DC Extended Universe with Cavill’s Man of Steel (2013) was strong and rang with notes of Christopher Nolan’s extremely successful Dark Knight Trilogy.

Fans’ fears seemed to be put to rest further when Henry Cavill returned in Black Adam (2022) and tweeted saying he wanted to make it official, “I am back as Superman.” Add on top of that the tweet from DC Studios co-CEO James Gunn saying that Superman would be a priority for the studio moving forward, it seemed with everything changing, at least Superman would stay the same.

Then came the shock. Less than 24 hours ago, DC studios confirmed that Henry Cavill would be leaving the DC Extended Universe, and the internet broke. Fans were both floored and outraged. Hashtags calling for the firing and replacement of James Gunn and to boycott Guardians of the Galaxy Vol. 3 (2023) began trending amongst the upheavals at DC Studios.

Henry Cavill issued a heartfelt response on Instagram, saying that the news wasn’t easy to report but that James Gunn and Peter Safran “have a universe to build” and wishing them all the best in the future of the Dc Universe. In the few hours since the news broke and Cavill responded, his co-stars and other key players in the DC Universe have responded in droves offering their sympathy and support for the actor, as reported by The Direct.

Related: Superman Will Face His Own Version Of ‘Endgame’

Commenting on his post on Instagram, other DC Universe heavy hitters were quick to respond. Jason Momoa, star of Aquaman (2018) was the first to offer his support, saying:

Others soon pitched in: Zachary Levi from Shazam (2019) said

Hope to catch you in another universe, sir. 🙏

You are and will always be our Superman and you are, of course so much more. Here’s to the brilliance that lies before you.

You will always be the Superman of our generation brother. Always. 🙏🏼

The supporters just keep coming in, expressing their love, and sadness in Cavill’s departure. He will be missed in the DC Universe, but it does free up his time for various other projects, and has fans buzzing about his potential for The Witcher, or even a role in the Marvel Cinematic Universe.

What do you think about Cavill’s departure? Let us know in the comments below!