Superman Will Face His Own Version Of 'Endgame' - Inside the Magic 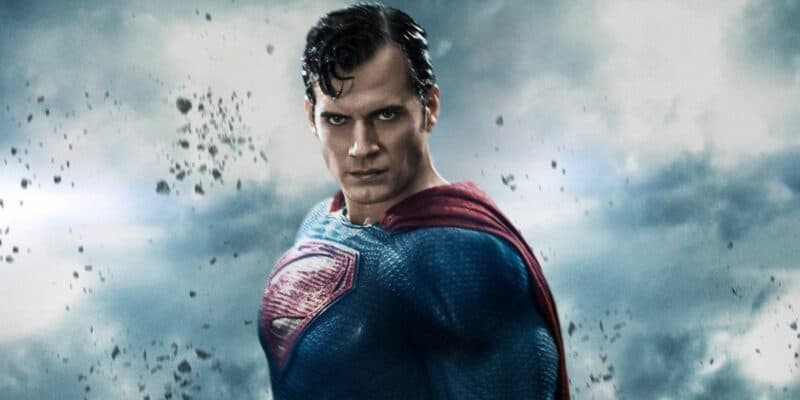 For the past 85 years, Superman has been in people’s lives, but DC has never told a story like Superman: Lost.

The new 10-issue series will explore a new side of Superman as Kent will have disappeared for twenty years in space. His memory is distorted. His relationship with Lois Lane is on the line. Nothing seems familiar to him. Can the Man of Steel become the hero he once was, or did the mysterious event over two decades change him completely?

DC is focusing on exploring Clark’s humanity while also putting him at the hardest test the super hero may have faced in decades. Superman is the strongest super hero there is. He has insane abilities, as he can freeze objects with his breath, laser vision from his eyes,  flight, and super strength.

Superman isn’t invincible, but the best stories about Superman are the ones that put him into situations like this. His powers might not be tested to their max potential, but everything else — his love, his team, and his purpose in life are on the line, and even though Superman might not be from Earth, sometimes he cares more for humanity than we do.

The mystery for fans is that Superman claims to have been gone for 20 years, but he just left for a mission with the Justice League moments later. Time Travel has happened, and Superman doesn’t even notice. DC normally doesn’t deal with time travel unless Barry Allen is involved, but it doesn’t seem like the Scarlet Speedster is involved in Superman’s new predicament.

Superman: Lost will embark as a new chapter for Superman as the synopsis for the story explains how his life will change after a simple Justice League mission:

“SUPERMAN’S ODYSSEY OF SOLITUDE! After Superman is called away on a routine Justice League mission, Lois Lane awakens to find a complete stranger standing in her living room. The Man of Steel, home much sooner than expected, reveals he has, in fact, been lost in space for 20 years. Nothing and no one seem familiar to him anymore, and the timeless bond between them has been severed…or has it? Can love conquer all? Superman’s 85th-anniversary celebration continues with this all new blockbuster 10-issue series from the creators of the Eisner-nominated Deathstroke series!”

This new odyssey comes from Christopher Priest and Carlo Pagulayan as they share the process behind making this new story after their success with Deathstroke earlier, explaining that Superman will be dealing with loss and the toll of being gone for so long:

“Superman: Lost has been several years in the making and it’s been incredibly difficult for me to keep quiet about this,” Priest said. “I am absolutely delighted to be reunited with my Deathstroke team as we explore the emotional toll a tragic loss exacts. A man of steel, from an alien species, is ultimately the most human among us. And finding his way home is only the beginning.”

Superman: Lost isn’t the only DC series celebrating Clark Kent’s time in comics, as other series or miniseries will continue to celebrate his time. Action Comics #1050 will start with Kent’s son, Jon, and him having their secret identities restored before telling fans in the next issue three different stories within an issue to celebrate the super hero and his family.

After Superman: Son of Kal-El, Jon Kent (Superman’s son) will get a new mini-series called Adventures of Superman, where the young hero will face Ultraman — a villain who imprisoned Jon in a previous comic — and another version of the Man of Steel working against Jon Kent!

Joshua Williamson and Jamal Campbell will be starting a new series with the last son of Krypton starting in February 2023, detailing a new world with Lex Luthor behind bars:

“Superman has returned to Metropolis and his greatest enemy Lex Luthor is finally behind bars. The future of the Superman family has never been brighter! As Clark Kent settles back into his life, iconic and new enemies erupt from the shadows to strike down the Man of Steel!”

Superman is back, and his story will culminate in several different stories as DC Comics takes a moment to reflect on his 85 years of history. It’s a big moment that might not get millions of dollars like Avengers: Endgame (2019) but will mean a lot to those following the Man of Steel.

Are you excited to see a lot of new stories with Superman? Let us know what you think!

Comments Off on Superman Will Face His Own Version Of ‘Endgame’