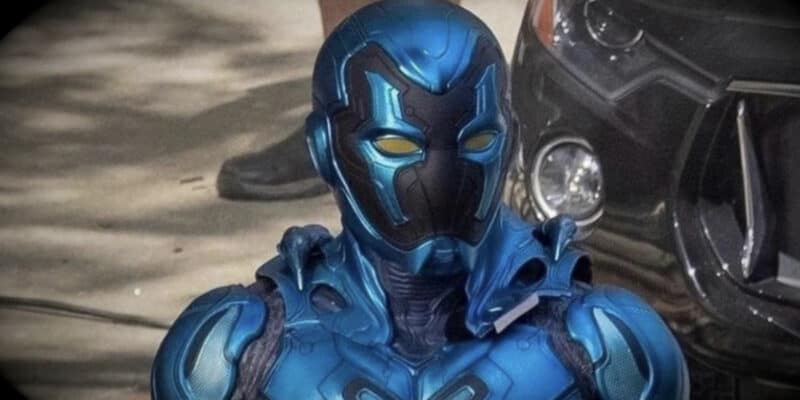 Could Blue Beetle (2023) be the first film in the new continuity?

Any news from DC Studios these days seems to be a roller coaster. News will come in, like James Gunn making Superman a priority, and then Henry Cavill is fired. The sequel to Wonder Woman: 1984 (2020) is on the rocks, and a Gal Gadot cameo is cut, but the co-CEO says she’s still part of the DC Universe. It’s hard to know what to think or what to believe!

A few things are still certain. At the very least, fans of DC Studios can count on four films coming out in the next year: Zachary Levi’s Shazam! Fury of the Gods (2023) will be the first on their slate, hitting theaters on March 17, followed by The Flash (2023), starring the controversial Ezra Miller, on June 23, and Aquaman and the Lost Kingdom (2023) on December 25. The only non-sequel DC film coming out of the studio next year will be Blue Beetle (2023) on August 18.

Beyond the cast, very little is known about the film, but it was deemed promising enough to shift its release from streaming to theaters. Xolo Maridueña of Cobra Kai fame plays Jaime Reyes, who gains superpowers when a strange, otherworldly scarab beetle attaches itself to him and grants him a powerful exoskeleton. Maridueña is joined by co-stars Bruna Marquezine as Penny, George Lopez as Rudy, Susan Sarandon as Victoria Kord, and Raoul Trujillo as the comic villain Carapax the Indestructible Man.

One detail about the film may have been revealed, however in a recent bit of merchandise. As reported by The Direct, Erik Davis of Fandango, posted a picture of a Blue Beetle Poster he received bearing a cryptic message, that could very well point to a big change in the DC Universe:

A big poster for DC’s #BlueBeetle just arrived at my door with a note that reads: “This is just the beginning.” 🤔

A big poster for DC’s #BlueBeetle just arrived at my door with a note that reads: “This is just the beginning.” 🤔 pic.twitter.com/HPlRfuLtqy

Depending on when this slogan was drafted, this could have huge implications for the future of the DC Universe. If this slogan is post-James Gunn and Peter Safran, then it could be a strong indication of what is to come for DC and the Justice League. It could even mean that Blue Beetle will be kicking off the new continuity, or simply that we will be seeing a lot more of the character in years to come. If, on the other hand, it was pre-Gunn and Safran, then, all bets are off.

In either case, as the first original DC Comics character on the slate of upcoming movies for DC Studios fans can be excited for some fresh content. While the future of the character, along with many characters as DC hangs in the balance, odds are any sequel, or future appearance will hinge both on the whims of the co-CEOs and the response of audiences. Will this be the beginning of a new DC Universe, or just the beginning of Blue Beetle (Maridueña) as a character within that universe?

What do you think of the possibility of Blue Beetle rebooting the franchise? Let us know in the comments below!