After 20 Years, Sarah Michelle Gellar and James Marsters Finally Reunite For New Series - Inside the Magic 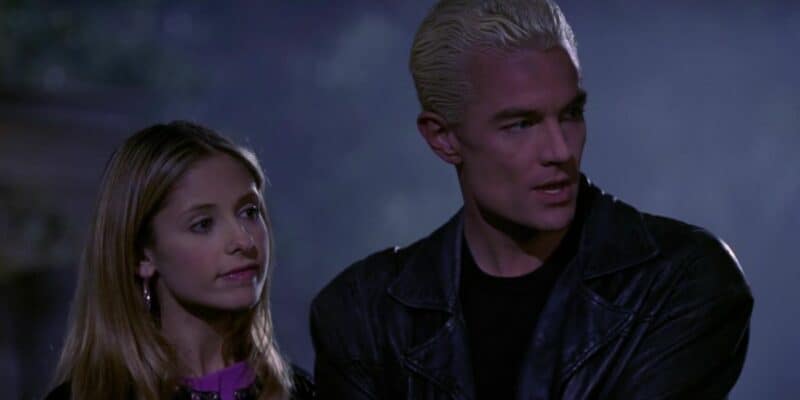 It’s been 20 years since Buffy the Vampire Slayer (1997) left our screens, but recently, two of its biggest stars reunited at the premiere for a brand-new teen horror-drama.

The premiere was held on Thursday night in Los Angeles, where the two posed for photos together, looking far more amicable towards each other than they ever did during their bizarre on/off relationship in Buffy the Vampire Slayer!

The following night, Gellar took to Instagram to express her gratitude to “the incredible men that came out to support me last night,” which included Marsters, Wolf Pack co-star Rodrigo Santoro, and her husband, Freddie Prinze Jr.

Gellar has now returned to the world of horror, and the new trailer for Wolf Pack, which premiered last week online,  has left fans of Buffy rather blood-thirsty.

As for an actual Buffy the Vampire Slayer reboot, rumors persist like the undead. But recently, Gellar put rumors of her return, at least, to rest, saying the following an interview with SFX Magazine, transcribed by CBR:

Buffy came to an end in 2003, but in the decades since has amassed an enormous cult following. The story continued in the form of a long-running comic book series, and more recently, a novel from YA author Kendare Blake titled “In Every Generation” (2022).

Check out the trailer for Wolf Pack below:

As per Paramount+, here’s the official synopsis for Wolf Pack:

When a raging wildfire descends on California, a mysterious creature hiding out in the forest is awoken and a group of teenagers find their lives changed forever.

Wolf Pack premieres Thursday, January 26 on Paramount+ for subscribers in the US and Canada.

Meanwhile, Buffy the Vampire Slayer and Angel are currently streaming on Disney+ and Hulu.

Would you like to see Sarah Michelle Gellar and James Marsters return for a Buffy the Vampire Slayer reboot? Let us know in the comments down below!