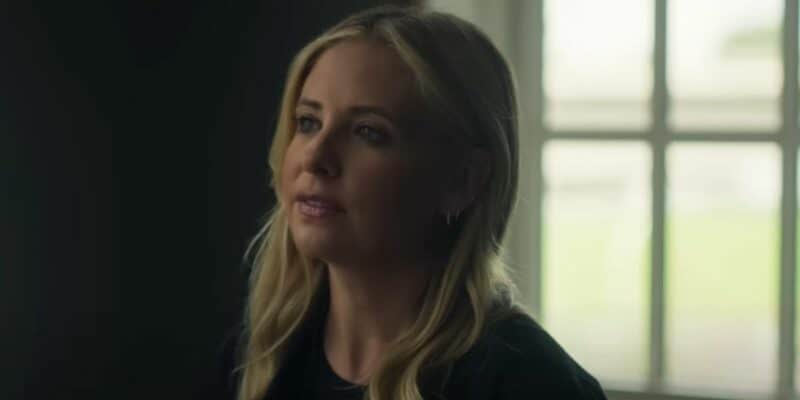 Since Buffy the Vampire Slayer (1997) turned to dust back in 1997, fans have long dreamed of seeing Sarah Michelle Gellar return to battle demons on the small screen.

Buffy follows teenager Buffy Summers (Sarah Michelle Gellar) who is called upon to battle supernatural creatures, all the while she tries to navigate life at Sunnydale High and beyond, with the help of her “Watcher” Rupert Giles (Anthony Head) and best friends Xander Harris (Nicholas Brendon) and Willow Rosenberg (Alyson Hannigan).

The show ran for seven seasons and featured a number of episodes that were nominated for Emmy Awards, such as “Hush”, “The Body”, and “Once More, With Feeling”. The show even got its own spin-off series with Angel (1999).

Buffy came to an end in 2003, and Angel the following year, but the story continued in the form of a long-running comic book series, and more recently, a novel from YA author Kendare Blake titled “In Every Generation” (2022), which serves as a legacy sequel of sorts.

Rumors of an actual Buffy revival, however, have done the rounds for years, but unfortunately, the 45-year-old actress recently confirmed that, should Buffy the Vampire Slayer be brought back from the dead, she wouldn’t be interested in reprising her role.

Here’s what she said in an interview with SFX Magazine, transcribed by CBR, when asked if she would be interested in reprising her role as Buffy Summers:

Now, you’ll be very pleased to know that the “Slayer” is back — but not in the way you might think. Paramount+ (via FearHQ.com) recently shared the first trailer for brand-new horror series Wolf Pack (2023), which stars Sarah Michelle Gellar as one of its central characters.

Wolf Pack is based on the book series by Edo Van Belkom, and follows two young characters whose lives are changed when they’re bitten by a werewolf that has been roused from a long slumber by a California wildfire.

Gellar, who is also on board as an executive producer, plays a member of a joint task force investigating the cause of the California wildfire. While it’s unlikely she’ll be kicking monster-butt left and right, it’s still pretty exciting to see “Buffy” back in the world of the supernatural.

The upcoming series was originally thought to serve as a spin-off to the Teen Wolf series (2011), however, executive producer Jeff Davis, who was also behind that series and the upcoming Teen Wolf: The Movie (2023), recently told Entertainment Weekly otherwise, saying:

“After 100 episodes of Teen Wolf I thought I was done with werewolves. They asked me, ‘Would you be interested in doing another supernatural TV show?’ I was like , ‘Supernatural, of course.’ Then they said, ‘Would you be interested in doing something sort of similar to Teen Wolf?’ I said, ‘Well is it actually teen werewolves?’ Then they said, ‘Maybe.’ I’m not kidding. They sent me the book and it actually does tie into something I’ve been thinking about for a while, which was the California wildfires.”

As per Paramount+, here’s the official synopsis for Wolf Pack:

When a raging wildfire descends on California, a mysterious creature hiding out in the forest is awoken and a group of teenagers find their lives changed forever.

Wolf Pack premieres Thursday, January 26 on Paramount+ for subscribers in the US and Canada.

Are you excited to see Sarah Michelle Gellar take on supernatural creatures again? Let us know in the comments down below!