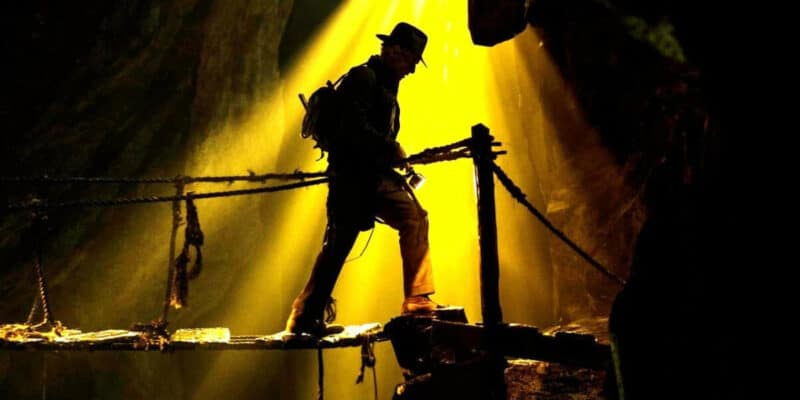 James Mangold has been very responsive on Twitter regarding Indiana Jones.

For better or worse, Twitter has changed the world in many aspects. One of these aspects has been the accessibility of those deemed the elite by society, politicians, actors, filmmakers, and more. These people in the public eye have all taken to this availability differently. Still, there has been perhaps no more responsive filmmaker than James Mangold, director of the next installment in the Indiana Jones franchise, Indiana Jones and the Dial of Destiny (2023).

The fifth Indiana Jones movie in the franchise, Dial of Destiny, follows the events of Indiana Jones and the Kingdom of the Crystal Skull  (2008), a film which has had and continues to have a very mixed reception. Because of this, many diehard fans of the franchise have been concerned about another sequel starring an even older Harrison Ford. These fans have been very vocal in their concerns and have taken to social media in droves to express these concerns.

These have ranged from a recasting or passing of the torch from Harrison Ford to another Indy, to reshoots of the film’s finale, to rumors that Steven Spielberg has been avoiding the production. James Mangold, who is already an accomplished director with titles like Logan (2017) and Ford Vs. Ferrari (2019), under his belt, has been fielding these questions expertly, though not without a diminishing level of patience. Mangold, both director and co-writer of Dial of Destiny, has been firm, without giving away details, offering much-needed clarity and optimism concerning his new film.

The latest rumor he tackled concerned a much talked about Disney+ Indiana Jones show. One fan took to Twitter asking if either Harrison Ford, or Phoebe Waller-Bridge would be starring in the show. Mangold was brief and clear in his response:

Seemingly unsatisfied, this same fan posted images of articles talking about the new show, but Mangold responded again, saying that neither character was in the show, but that was all he could disclose at the moment. It sounds as though the show is still slated to go forward, most likely hinging on the success of Dial of Destiny. Without the stars of the new film, this opens up a wide variety of topics the show could be about!

With the return of Ke Huy Quan, star of Indiana Jones and the Temple of Doom (1984), some have speculated he, Short Round (Quan) could be the subject of the new show, or even Sallah (John Rhys-Davies), as he returns in the trailer for the fifth installment. His is the only character besides Ford to make a visual return since Indiana Jones and the Last Crusade (1989), though Karen Allen, love interest of both Raiders of the Lost Ark (1981) and Crystal Skull has been rumored to return in Dial of Destiny as well.

Indiana Jones and the Dial of Destiny hits theaters June 30, 2023, and stars Harrison Ford as Henry Jones Jr./Indiana Jones, Phoebe Waller-Bridge as Helena, John Rhys-Davies as Sallah, and Mads Mikkelsen as Voller. The new film, set in 1969 follows the archaeologist as he combats a familiar enemy in a new era, fighting to keep the world safe from the hands of evil.

What do you think the Disney+ Indiana Jones show could be about? Let us know in the comments below!