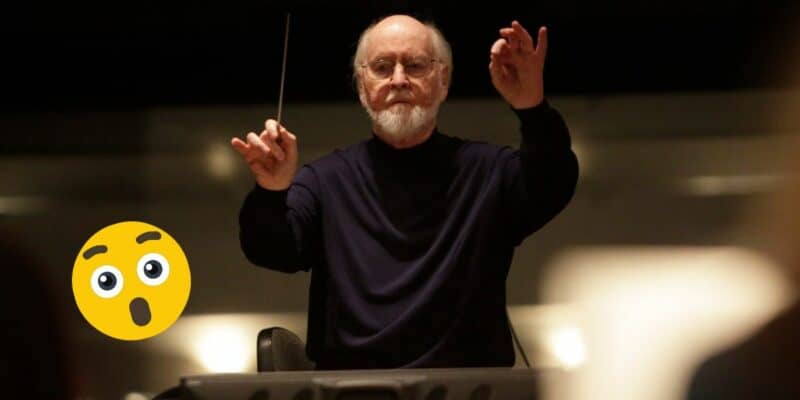 Things may be changing for Indiana Jones (Harrison Ford) and friends!

John Williams is a living legend in the film and music community. With decades of credits to his name dating all the way back to the 1950s, Williams has composed some of the most memorable themes in all of cinema, including all the music in the Star Wars: Skywalker Saga, Hedwig’s Theme from Harry Potter, and the chilling theme from Jaws (1975), which terrified audiences with only two notes.

Perhaps it’s because of this comprehensive catalog and his immense talent for composition that directors and producers sometimes hold him to different standards than the rest of the production crew. In the months leading up to Indiana Jones and the Dial of Destiny (2023), long before a trailer was ever released, Williams was allowed to play a piece of music from the film entitled Helena’s theme, which inadvertently also revealed the name of Phoebe Waller-Bridge’s character in the upcoming sequel.

Whether or not director James Mangold knew that Williams would be revealing this information as part of his performance is unknown, but it certainly set a precedent. A precedent that the composer recently took advantage of in another performance where he dropped some more Indy news concerning the upcoming sequel. In a potential slip covered by Looper, John Williams revealed some information about production for Dial of Destiny.

During a live concert in Italy, Williams performed a large selection of his work, much from his work with Steven Spielberg and George Lucas, eventually coming to Indiana Jones. The composer spoke about the franchise and addressed the latest installment saying:

“So we have just about completed the film…We have maybe another ending to shoot and to record, maybe in a couple weeks.”

This comes as a shock to fans who saw the trailer for the film not long ago, and may well have been under the impression that the fifth installment in the Indiana Jones franchise was finished. While it does come as a surprise, it is not wholly unusual in a film of this scale. Often for films like this, the production team needs to see the entire film cut and edited together before they realize that something is missing, or needs to be fixed. Reshoots and pickups like the ones mentioned by Williams are common, and should not be a cause of concern.

Indiana Jones and the Dial of Destiny hits theaters June 30, 2023, and stars Harrison Ford as Henry Jones Jr./Indiana Jones, Phoebe Waller-Bridge as his goddaughter, Helena, John Rhys-Davies as Sallah, and Mads Mikkelsen as Voller. Dial of Destiny will follow Dr. Jones as he once again fights to save the world from nefarious forces that threaten both him, and the entire world!

What do you think about the news of reshoots? Let us know in the comments below!