'Indiana Jones 5' Director Calls Out Trolls, Debunks Lies After Backlash - Inside the Magic 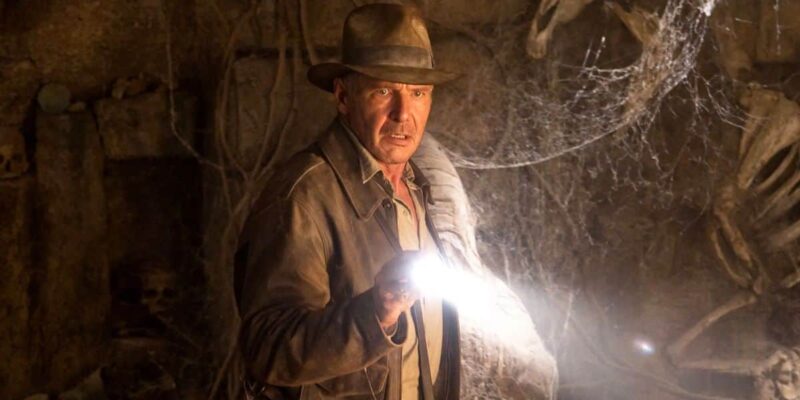 Indiana Jones and the Legend of the Trolls.

Fans are looking ahead to 2023 in anticipation of the newest and presumably final entry in the Indiana Jones franchise.

Of course, many fans are just as worried about the new film as they are excited, considering the unprecedented amount of backlash that Indiana Jones and the Kingdom of the Crystal Skull received upon release (we still think it’s a fun time).

Although the new film contains a lot of the elements needed to make a great “Indy” film, it also has a lot of things that seem perfect to derail the franchise entirely. From a de-aged Harrison Ford to a possible “time travel plot,” fans aren’t exactly “crazy” to have a bad feeling about this.

There were also rumors that Disney had cut together several endings, each with some truly catastrophic ratings from test screenings.

Director James Mangold has been very vocal about his passion for this project, calling out these rumors publicly on his Twitter account. Mangold has labeled certain content creators as “trolls” and addressed the test screening issue. The director said that the rumors were simply not true as Disney had not held any screening yet at the time.

A new rumor suggested that Mangold and Disney were in the process of reshoots due to poor initial reaction. The director went to Twitter recently to set the record straight once and for all regarding the upcoming film. The full tweet is linked down below:

So I took a b-day break from trolls. But it seems I gotta once again say.. We’re not shooting & never shot any new scenes or “alt endings”. Our film is 99% finished, getting rated by MPAA & VFX being completed. Happy Holidays!

So I took a b-day break from trolls. But it seems I gotta once again say.. We’re not shooting & never shot any new scenes or "alt endings". Our film is 99% finished, getting rated by MPAA & VFX being completed. Happy Holidays!

According to the director, nothing of the sort has happened. The film is reportedly “99%” finished and is getting rated by the MPAA at the time of publishing this article.

Mangold also called out rumors of Indiana Jones being replaced in the movie after rumors spread online. “Well, Paulo, it’s up to you who you believe – an anonymous troll named “basement dweller” & “doomcock” or the actual director of the film. No one will ever replace Indiana Jones. Not in any script. Not in any cut. Never discussed.”

Are you looking forward to a new Indiana Jones film? What’s your favorite entry in the series?

Comments Off on ‘Indiana Jones 5’ Director Calls Out Trolls, Debunks Lies After Backlash