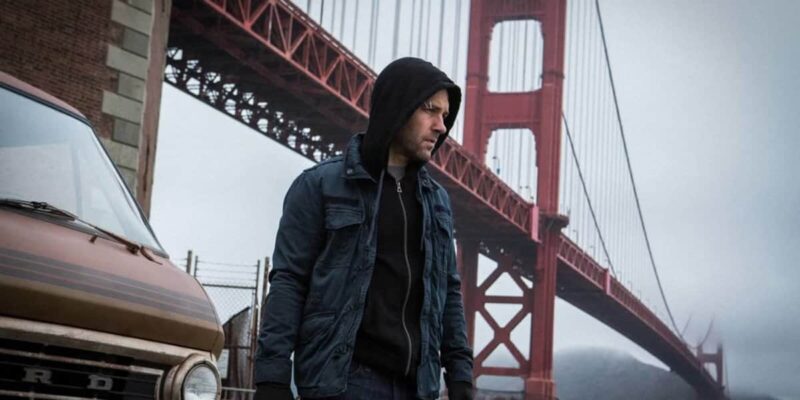 Could this really be Ant-Man’s (Paul Rudd) last rodeo?

Who knew that a hero called Ant-Man (Rudd) would ever be as popular as he is? When the first film came out back in 2015, there was very little hype. Everyone knew who Spider-Man (Tom Holland) was, and Black Widow (Scarlett Johansson), but yet another superhero based on a creepy crawly? Ant-Man (2015) defied the odds, and it’s detractors, and Paul Rudd’s hilarious take on Scott Lang was just what the Marvel Cinematic Universe needed.

Ant-Man follows Scott (Rudd) as he is released from prison, and is, unknowingly recruited by Hank Pym (Michael Douglas) to become the new Ant-man. Through his next appearances throughout the Marvel Cinematic Universe, Scott (Rudd) proves himself to be an intelligent, loyal, and likable hero, going out of his way to help wherever he can. In fact, Lang (Rudd) is more responsible for the Time Heist in Avengers: Endgame (2019) than perhaps any of the other Avengers, with the exception of Tony Stark/Iron Man (Robert Downey Jr.), but, it has been seven years now.

That does seem to be the timeframe for many main characters to exit the Marvel Cinematic Universe. Tony Stark/Iron Man (Downey Jr.) exited at just over ten years, along with Steve Rogers/Captain America (Chris Evans), and rumors are flying that Guardians of the Galaxy: Vol. 3 (2023) will be the last time we see heroes like Rocket (Bradley Cooper) Star-Lord (Chris Pratt), and Drax (Dave Bautista), which puts them right in that neighborhood as well. Whether or not that’s the case is yet to be decided, but, Marvel fans, as ever, aren’t short of ideas, and theories.

In a flood of new content from Disney, Lucasfilm, and Marvel Studios as part of CCXP (Brazil’s Comic Convention), fans were treated to yet another glimpse into Ant-Man and the Wasp: Quantumania (2023), Marvel Studios next offering. In the featurette, audiences saw a retrospective of Ant-Man’s (Rudd) career in the Marvel Cinematic Universe, and the ominous statement from Kang the Conqueror (Jonathan Majors), “You’re out of your league…Ant-Man”. The whole tone of the featurette set fans buzzing, and the outlook? Not good:

this man is DYING in this movie

this man is DYING in this movie

And echoing the sentiments of many, @Natureguy17 said:

Why does it feel like a farewell to Ant-man! The guy just appeared in two films beside his own. Smh. I hope is a misleading thing.

Why does it feel like a farewell to Ant-man! The guy just appeared in two films beside his own. Smh. I hope is a misleading thing.

If the fans’ feelings are to be trusted, the overall outlook for Rudd’s Scott Lang is pretty bleak. At the very least, we already know that Kang (Majors) doesn’t lose, or doesn’t lose in such a way that he can’t come back, as he is the titular antagonist for Avengers: The Kang Dynasty (2025). Add on top of that Cassie Lang (Kathryn Newton) is now suiting up as Stature to join her father in the Quantum Realm, as a possible replacement for the character, and all the pieces seem to be falling into place for Paul Rudd to make an exit.

Do you think Quantumania will be Ant-Man’s last film? Let us know in the comments below!