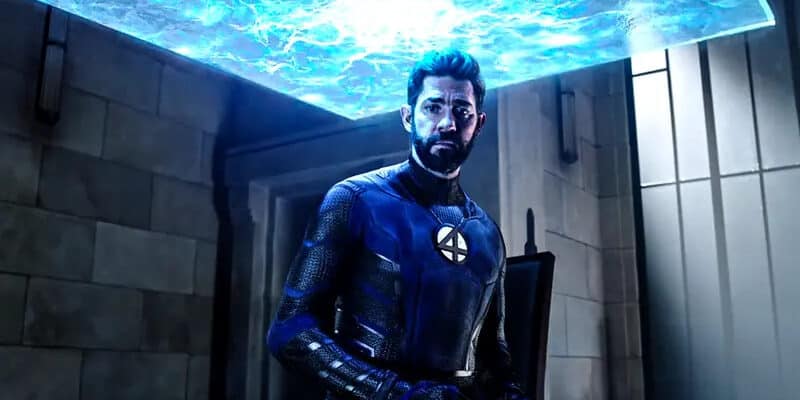 William Jackson Harper will join the Ant-Man and the Wasp: Quantumania (2023) cast and could be the new Reed Richards.

Related: Marvel’s Forgotten Avenger Might Get a Disney+ Series

After Doctor Strange in the Multiverse of Madness (2022), fans may have thought John Krasinski would have another shot as Reed Richards, but Marvel Studios might have a radical change of mind. Sam Raimi commented that Feige wanted to honor the fan-casting with Krasinski but made it seem like the actor’s time as the character was planned from the beginning to be short.

Despite being one of the most intelligent minds in the Marvel Universe, fans weren’t happy that Reed Richards did nothing to stop Elizabeth Olsen’s Scarlet Witch. Some fans were even disgusted at how easily Richards died in the movie after being turned into spaghetti.

While it helped demonstrate Wanda’s powers, fans were left unsatisfied with the short portrayal of one of Marvel’s beloved characters. The Fantastic Four will arrive in the MCU with their own movie on February 14, 2025, but some fans believe a new casting for Ant-Man 3 might confirm the new Reed Richards.

Variety announced yesterday that William Jackson Harper will have an “undisclosed role” in the movie that is considered a “closely guarded secret.” Fans have been raving online that Harper could be the new Reed Richards, which would make sense for a few reasons.

Due to the Multiverse, anyone could play a super hero, and it won’t affect the timeline because there’s a timeline with a more comic-accurate representation. The first thing many fans might point out is that Harper is a black actor, and Reed Richards has always been a white super hero, but Marvel could be shaking things up once again.

Some fans might be furious with this decision after portraying the character poorly from Krasinski’s role in Doctor Strange 2. It wouldn’t be the first time that Marvel creates a variant of another ethnicity, as Tom Hiddleston’s Loki does include a black Loki variant.

Fans who might not like Harper’s take on the character might get to see several actors play the role as the Multiverse might expand and bring in more variants which would be fun and cool to see. There is a fine line Marvel has to walk because the Multivere’s possibilities are limitless, but fans can’t get overwhelmed by the number of variants, or else it will be too hard to keep track of what’s happening.

Loki revealed to fans a Kang variant that went by He Who Remains. This variant won the Multiversal War and brought order with institutions like the Time Variance Authority (TVA). He created a stable timeline with no connection to the Multiverse, leaving the timeline to potentially not include the X-Men or Fantastic Four as a way to stabilize the universe from facing any more catastrophe or usurping Kang’s dominion over time.

Now that He Who Remains is dead, the gates are open. Anything can happen. This might have allowed variants like Harper’s potential Reed Richards to exist as a byproduct of this action, so fans could blame He Who Remains for not allowing the Fantastic Four to arrive sooner into the MCU.

This theory would explain a lot, but if Harper is cast as Reed Richards, fans might wonder how far Marvel is willing to go with new casting for characters such as the Fantastic Four. The last iteration had Michael B. Jordan as Johnny Storm, so would more of the team be race-swapped?

Marvel isn’t shy about doing it, but fans might have more vocal thoughts on the subject for something as iconic as the Fantastic Four. At the end of the day, fans won’t know for sure until later, and if Harper truly is Reed Richards, Marvel Studios will force fans to learn this on the release day when watching the movie for the first time.

What are your thoughts on Harper potentially being the new Reed Richards?