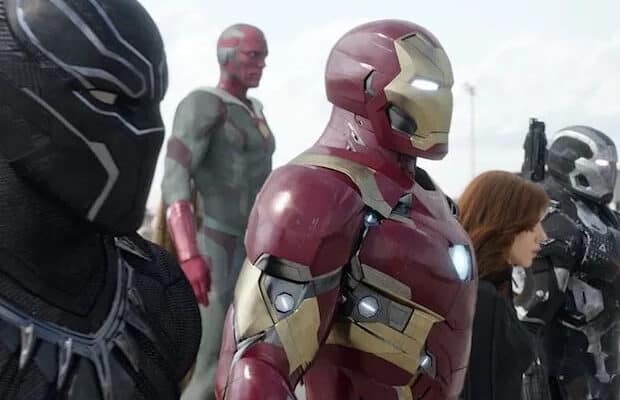 Marvel has had a lot of forgotten super heroes, but this super hero might get his show after laying low for several years.

As Tony Stark’s (Robert Downey Jr.) AI assistant Paul Bettany’s Jarvis has been around since the first MCU movie, Iron Man (2008). The actor never thought his character would stick around in any substantial role until Joss Whedon’s Avengers: Age of Ultron (2015) combined Jarvis with Ultron and the Mind Stone to create something new. Vision.

A powerful android who could use an Infinity Stone’s power and have immense wisdom to make the right choices in hard times. After Age of Ultron, Vision learned how to feel emotions and fell in love with Elizabeth Olsen’s Wanda Maximoff/ Scarlet Witch. When Josh Brolin’s Thanos arrived, their relationship was shattered once he was killed for having the Mind Stone.

Fans might’ve thought this was the end of Vision’s story, but WandaVision brought the super hero back as a memory from Wanda’s life and as a new iteration of the character due to S.W.O.R.D.’s meddling with the Vision’s body. This led to White Vision having all of his previous memories at the end of the series.

Since WandaVision, White Vision hasn’t been in any MCU project, leaving fans to wonder if Wanda will find her lost love. It felt strange that Doctor Strange in the Multiverse of Madness (2022) didn’t touch on Vision as Wanda never tried to find a universe with her kids and Vision.

Related: MCU: Who Is the Silver Surfer?

The Darkhold could be blamed, but fans have been disappointed not seeing their favorite android in anything since the start of Phase Four. Thankfully, a new report claims that White Vision might be getting his own series with the title Vision Quest. This news comes from insider Jeff Sneider, who has a source that has been reliable in the past, believing that the show would begin its early stages of writing next week:

“I’m told that next week, Marvel will be opening a writers’ room for a Vision show titled ‘Vision Quest’.”

This would be very interesting because Vision’s story could go anywhere. Some fans have speculated that he could appear in Don Cheadle’s Armor Wars, which makes sense, but he could also appear in the next project with Wanda as she could look for White Vision after Doctor Strange 2.

It’s unclear if Vision will be a hero or villain after this, but his Avenger days might be over. It’s hard to tell what type of role he will have, but Paul Bettany loves playing the character and has stuck around for over a decade to act as the super hero android, so it makes sense he would be fine reprising his role a few more times.

UPDATE: Marvel confirmed the series to be in early development starting next week! Here are all the new details!

What are your thoughts on White Vision potentially getting his own series? Let us know what you think!