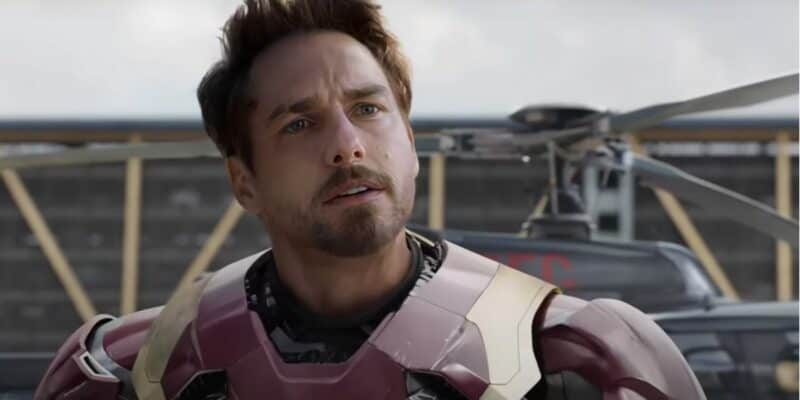 Over the last year, rumors swirled that legendary actor Tom Cruise would be appearing as a Variant of Tony Stark AKA Iron Man in the current Phase of Kevin Feige’s Marvel Cinematic Universe.

While Cruise was expected to appear in Sam Raimi’s Doctor Strange in the Multiverse of Madness (2022), the actor was absent from the stacked line-up, but now Marvel fans can get another look at the actor’s take on Tony Stark in a new “Iron Man 4” trailer.

Back in 2008, not many would have thought that Kevin Feige’s first Marvel Studios outing, Iron Man (2008), would ignite a franchise worth billions that remains current and popular over a decade later. Helmed by Jon Favreau, the Marvel movie acted as the debut for Robert Downey Jr.’s Tony Stark — a character that would be the catalyst for the MCU for 11 years until his death in the Infinity Saga finale, Avengers: Endgame (2019). From his relationship with Pepper Potts (Gwyneth Paltrow) to his mentorship of Tom Holland’s Peter Parker and fathering of Morgan Stark (Lexi Rabe), Tony Stark could be argued as the beating heart of the live-action Marvel Universe.

14 years after the MCU began with Iron Man, the sequel to Scott Derrickson’s Doctor Strange (2016) would release off the back of Marvel and Sony’s billion-dollar hit, Spider-Man: No Way Home (2021). As the Multiverse gained momentum throughout 2021, seeping deeper into Marvel Phase Four, many fans were wondering what director Sam Raimi had in store for audiences. With Variants abound, the very title of Doctor Strange in the Multiverse of Madness lent itself to revealing a plethora of new faces for already established characters.

It delivered, in a fashion — even if some were put off by the number of early reveals included in trailers on the run-up to the movie’s May 2022 release. Hayley Atwell’s animated Captain Carter made the transition to live-action, and to much surprise, John Krasinski — the actor heavily rumored for a role in the upcoming Fantastic Four (2025) — appeared as Reed Richards AKA Mister Fantastic. Both Captain Carter and Reed Richards formed part of Earth-838’s Illuminati, which also included Patrick Stewart’s Professor Charles Xavier/Professor X, and all of which were ultimately dispatched by Wanda Maximoff/Scarlet Witch (Elizabeth Olsen).

Ahead of Doctor Strange in the Multiverse of Madness‘ release, rumors swirled that a Variant of Tony Stark would appear in the sequel played by none other than Academy Award-nominee, and Hollywood royalty, Tom Cruise.

Perhaps best known for his role as Peter “Maverick” Mitchell in Top Gun (1986), and the smash-hit sequel, Top Gun: Maverick (2022), or as Ethan Hunt in the Mission: Impossible franchise, Cruise’s name was floated by multiple sources as starring in Raimi’s Marvel film. Those theories never came to fruition, but that didn’t stop deepfake artist, Stryder, from inserting Cruise into the Iron Man and Avengers movies, even going so far as to create an “Iron Man 4” teaser starring the Cruise Variant. Watch below!

There are currently no plans for a fourth Iron Man movie, but that does not mean a Variant of Tony Stark could turn up in the future. We know now that Marvel Phase Four through Phase Six is being coined the Multiverse Saga, and will end in 2026 with Avengers: Secret Wars penned by Loki’s Michael Waldron. Secret Wars will follow on from Avengers: The Kang Dynasty (2025) which is helmed by Shang-Chi and the Legend of the Ten Rings (2021) director, Daniel Destin Cretton.

However, for fans of Marvel Comics’ Iron Man mythos, Ironheart is soon to debut on the streaming platform with Dominique Thorne making her first appearance as Riri Williams in Ryan Coogler’s Black Panther: Wakanda Forever (2022) this November, and later Don Cheadle will return as James “Rhodey” Rhodes AKA War Machine in the newly-reimagined Armor Wars feature film.

Do you hope to see Tom Cruise become Iron Man in the future of the Marvel Cinematic Universe? Let us know in the comments down below!