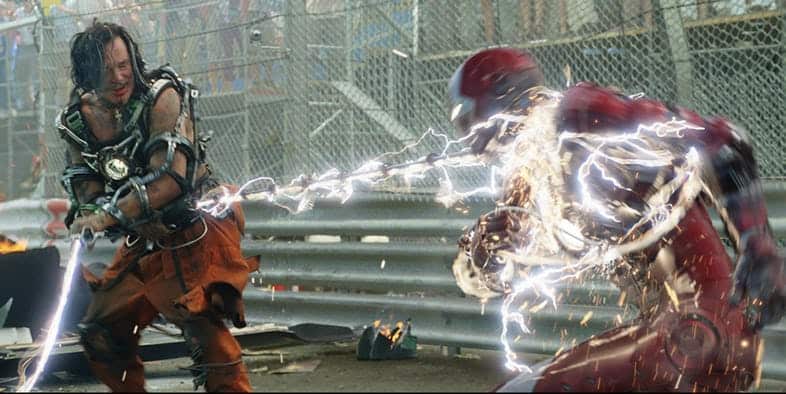 The Marvel Cinematic Universe may have rallied up one of the world’s largest fandoms over the past 14 years, but 2022 has proven that nothing can beat the nostalgia and Hollywood star power of a Tom Cruise-driven vehicle.

Top Gun: Maverick (2022) has dominated the worldwide box office, posting over a billion dollars globally with Marvel Studios’ big blockbusters left behind in the jet wash. But one MCU star could not care less.

Now heading upwards towards 30 released movies, Kevin Feige’s Marvel Cinematic Universe is the biggest, most commercial franchise ever. With comic heroes like Tony Stark/Iron Man (Robert Downey Jr.) and Steve Rogers/Captain America (Chris Evans) seemingly long gone, the MCU is headed into relatively uncharted waters. While Phase Four of the live-action Marvel Universe took off to a rocky start, with the delay of Cate Shortland and Scarlett Johansson’s Black Widow (2021), and the outpouring of television shows, Spider-Man: No Way Home (2021) would reignite the MCU in December last year.

The result of Tom Holland’s (Peter Parker/Spider-Man) third Spidey feature boded well for the future of Marvel Phase Four, but with criticisms abound and features increasingly shut out of international markets, it has been a struggle for Doctor Strange in the Multiverse of Madness (2022) and Thor: Love and Thunder (2022) to dominate the competition.

Tom Cruise’s dramatic return to the franchise that, arguably, made him a Hollywood star continues to surprise across the world, with a total box office tally of $1.2 billion. For comparison, Sam Raimi’s Doctor Strange in the Multiverse of Madness and Taika Waititi’s Thor: Love and Thunder stand at $954 million and $402 million, respectively. Although Thor: Love and Thunder was only released last week, the overwhelming criticism of the latest Marvel film may completely stump its future earnings.

Without a doubt, Tom Cruise — who plays Peter “Maverick” Mitchell in both Top Gun (1986) and this year’s sequel — is one of the movie industry’s biggest stars. Leading franchises like Mission: Impossible (1996–), and action films like Minority Report (2003), War of the Worlds (2005), and Oblivion (2013), Cruise’s tenure in the Hollywood limelight is one that has endured decades.

But despite this, and despite the overwhelming success of the actor’s latest movie, in which he produced as well as starred, one other notable actor has unleashed scathing remarks about Cruise live on air.

“I got no respect for that. I don’t care about money or power. I care about…when I watch Al Pacino or Christopher Walken working, or De Niro’s early work and Richard Harris’ work and Ray Winstone’s work, that’s the kind of actor I want to be like,” […] “A lot of guys that tried to stretch as actors.”

Morgan presses the actor, who himself has starred in high-profile movies like The Wrestler (2008), which he was nominated for an Academy Award, by asking if he thinks Cruise is a good actor. Rourke responds:

“I think he’s irrelevant, in my world.”

You can watch the live interview below:

“The guy’s been doing the same effing part for 35 years… I got no respect for that.” Mickey Rourke tells Piers Morgan he thinks Tom Cruise is “irrelevant” as an actor.

"The guy's been doing the same effing part for 35 years… I got no respect for that."

While Iron Man’s chapter may have closed in the MCU after the tumultuous events of Captain America: Civil War (2016), Avengers: Infinity War (2018), and Avengers: Endgame (2019), Ironheart and Armor Wars will soon resurrect the character’s mythos when the respective shows debut on Disney+ sometime in the future. Ironheart will see Dominique Thorne take on Riri Williams AKA Ironheart, while Armor Wars sees the return of Don Cheadle’s James Rhodes AKA War Machine.

As for the future of the feature film enterprise, and fresh off the release of Chris Hemsworth’s (Thor) Thor: Love and Thunder (2022), Black Panther and Captain Marvel (Brie Larson) will soon return in Black Panther: Wakanda Forever (2022) and The Marvels (2023).

Do you think Tom Cruise is “irrelevant”? Let us know in the comments down below!