Nearly 20% of Guests Go Into Debt From Disney Vacations, Will Prices Ever Settle? - Inside the Magic 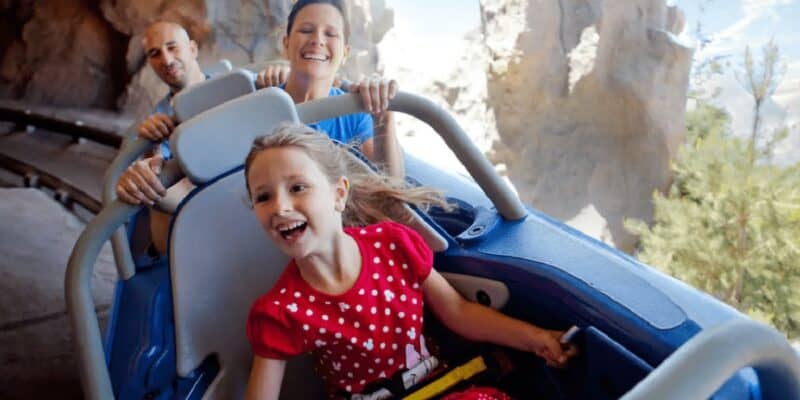 There’s no denying that the Disney Parks and Resorts are expensive. From the lavish Aulani Resort in Hawaii to the iconic Disneyland Resort in Anaheim, California, Guests need to shell out the big bucks when visiting Disney properties.

Because of how pricy Disney can be, Guests look to guides and tip boards for any help they can get. However, a large portion of Guests is reportedly going into debt for their Disney vacation.

A new report shows just how passionate and willing to swipe their credit cards Disney fans can be. The report, coming from LendingTree.com, reveals that nearly 1 in 5 Guests are going into debt for one or more Disney vacations, with food and ticket prices being the main culprits. The study surveyed approximately 1,548 Guests.

To quote the study itself, “From November 2022 through October 2023, a one-day, one-park ticket price for Disney World visitors 10 and older averages $141.74. Many Disney attendees may save for the trip, as less than 1 in 5 (18%) tell LendingTree they went into debt for one or more of these trips.”

Thousands of Guests have claimed that Disney is slowly “pricing them out” of the Parks. Guests have also noticed things like lackluster food, smaller portion sizes, quality control issues, and the aforementioned price increases in seemingly every area, Guests are starting to become frustrated with the Walt Disney World experience.

The survey specifically asked Guests to list expenses that had become more expensive than originally imagined, and the top responses were not surprising. Guests listed Park food & drinks, tickets, and lodging as the biggest costs. It’s important to remember that far more goes into the cost of a Disney trip than these factors, with Disney Genie potentially costing Guests hundreds of dollars.

Walt Disney World alone is about to get a lot more expensive this holiday season. Starting December 8, Park prices will vary depending on the day and Park for single-day ticket holders. The prices for each Park will fall under the ranges listed below:

Disney Genie, Genie+, and Lightning Lane is an entirely separate issue, one that has caused a lot of backlash and drama within the Disney Parks community. Since The Disneyland Resort as well as the Magic Kingdom, EPCOT, Disney’s Animal Kingdom, and Disney’s Hollywood Studios, all reopened after the pandemic, we have seen crowds slowly begin to increase. Despite capacity not fully being back to what the pre-pandemic levels originally were, the crowds are still overwhelming.

Disney is always going to be busy no matter when you visit throughout the year. However, there are certain times of the year that are much worse than others. To combat these issues, Disney has employed several systems throughout the years to help, but the most recent version has been quite controversial.

Disney Genie+, the paid aspect of the system, allows Guests to use the Lightning Lane when their return time strikes — which has replaced the previously free FastPass lane. Then both theme park resorts have separate options where Guests can pay varying costs per ride, per person to ride the attraction.

Walt Disney World and Disneyland both have so many great and immersive attractions ranging from exciting thrill rides like Splash Mountain, Big Thunder Mountain Railroad, Pirates of the Caribbean, Matterhorn Bobsleds, and Space Mountain to creepy ghost-filled houses with The Haunted Mansion, but due to the popularity of all the Disney Resorts, Guests will for sure be waiting in line at one point or another.

A few days before Thanksgiving, Disney Genie+ hit its highest recorded price ever, reaching a staggering $29 per Guest.

To quote Disney itself, “Disney Genie service works hard all day long to continuously update your “My Day” itinerary with all of the latest and greatest information. Simply tap on this tab to find Disney Genie service recommendations and plans you’ve made, including dining reservations, Disney Resort hotel reservations, and activity bookings. You’ll also be able to virtually chat with a Cast Member who can help answer any questions that arise.”

By far, the most interesting aspect of this study was how Guests felt about their debt. A whopping 71% of Disney attendees who went into debt say they don’t regret doing so. Actually, 4 in 5 (80%) say they’ll pay off their debt in six or fewer months.

Now-former Walt Disney Company CEO Bob Chapek commented on price increases quite a few times, with one of his more recent quotes really striking a nerve among fans. Chapek sat down with The Hollywood Reporter and shared his thoughts on this new era of Disney:

“We have much more demand than there is supply. What we will not bend on is giving somebody a less than stellar experience in the parks because we jammed too many people in there. If we’re going to have that foundational rule, you have to start balancing who you let in… Our ticket prices and constraints we put on how often people can come and when they come is a direct reflection of demand. When is it too much? Demand will tell us when it’s too much.”

With Bob Iger back in charge, the future is quite uncertain for The Walt Disney Company. On the one hand, many viewed Iger as a more creativity-focused leader, whereas Chapek was more of a businessman first and foremost. However, Iger’s short tenure may prove to be more of the “status quo.”

Mere days before Chapek was fired by Disney, it was announced that The Walt Disney Company would be undergoing a hiring freeze as well as bracing for imminent layoffs. This bombshell came just days after Disney shared its 4th quarter earnings which included some impressive numbers.

This decision was up in the air during the transition between Chapek and Iger, but at a recent town hall, Iger committed to following through with the decision. Following the massive numbers, The Walt Disney Company shared during its 4th quarter may rub a lot of fans the wrong way, especially when looking at how many Resorts are being affected by price hikes.

The Disneyland Paris Resort has been the most affected, with restaurant prices increasing the most in the Resort’s history.

The analysis also revealed that a baseline trip to Walt Disney World for a family of four costs $5,731 in 2022 — or $287 per person per night. This theoretical trip included the following:

As to what the future looks like at the Disney Parks and Resorts, we will have to wait and see. Bob Iger is set to serve as CEO of The Walt Disney Company until 2024, meaning a successor will be needed rather quickly. Iger proved he was a competent leader for Disney in his 15 years at the company, but also saddled the company with huge amounts of debt, mostly from the acquisition of 20th Century Fox.

Still, there are always exciting things to look forward to on the Parks side of things, but how much it will cost you to see them is another story.

Is Disney feeling a little too expensive for you?