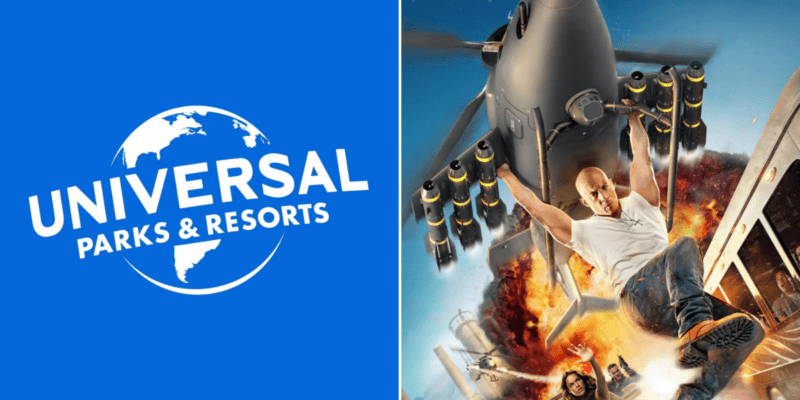 With thrilling roller coasters like Hollywood Rip Ride Rockit, The Incredible Hulk Coaster, Jurassic World VelociCoaster, Hagrid’s Magical Creatures Motorbike Adventure, and Revenge of the Mummy, it is no wonder why Universal Orlando Resort is one of the most popular theme parks in Florida.

In addition to thrilling attractions, delicious dining offerings, world-class entertainment, and memorable experiences, Universal Orlando Resort is known for its witty social media team, often making fun of other theme parks in the area. While the jokes are usually well received by fans, one of the latest interactions backfired for the Orlando theme park.

Who had giant carnival ride on their 2022 bingo card?

Who had giant carnival ride on their 2022 bingo card?

While some readers took the comment humorously, many responded to the statement attacking Universal for its own attractions.

User @unleashthecurse commented, “Who had a broken roller coaster on their 2022 bingo card?” referring to Revenge of the Mummy, which remained closed for nearly eight months and is still not officially open despite running technical rehearsals.

@itsjessebrock asked the Orlando theme park if they were not fond of the new swing ride because of its lack of screens, as most attractions at Universal rely on screens.

@RideVine added that at least Busch Gardens’ attraction was not super, or charged, making reference to Fast And Furious – Supercharged at Universal Studios Florida, which was mentioned in dozens of fans’ reactions, as it remains one of the least popular attractions in the Orlando theme park.

Fans have constantly criticized the Universal Studios attraction, calling for its removal, as many consider Fast And Furious – Supercharged the worst ride in the Orlando theme park, followed closely by The Race Through New York, Starring Jimmy Fallon.

While Fast And Furious – Supercharged remains a controversial attraction at Universal Orlando Resort, there are rumors of a new attraction based on the Fast & Furious franchise coming to Universal Studios Hollywood. However, the California theme park has not confirmed an official timeline for the development of the new attraction. You can read more about this project by clicking here.

Hilariously, Busch Gardens Tampa Bay (@BuschGardens) joined the discussion, commenting that the Tampa Bay theme park would like to see a new attraction opening at Universal but that they’ll have to wait until next year.

We were gonna swing by to check out your new attraction this year, but… maybe we’ll walk over next year.

We were gonna swing by to check out your new attraction this year, but… maybe we'll walk over next year. 🚶😐

While there are no recent announcements of a new attraction coming to Universal Studios Park or Universal’s Islands of Adventure, Universal’s Epic Universe is making significant progress and will welcome Guests into an all-new theme park packed with state-of-the-art attractions and experiences, highly immersive themed lands, and so much more for fans to enjoy!

Whose side are you on in this discussion? Has Universal fallen behind its competition this year? Let us know in the comments below!