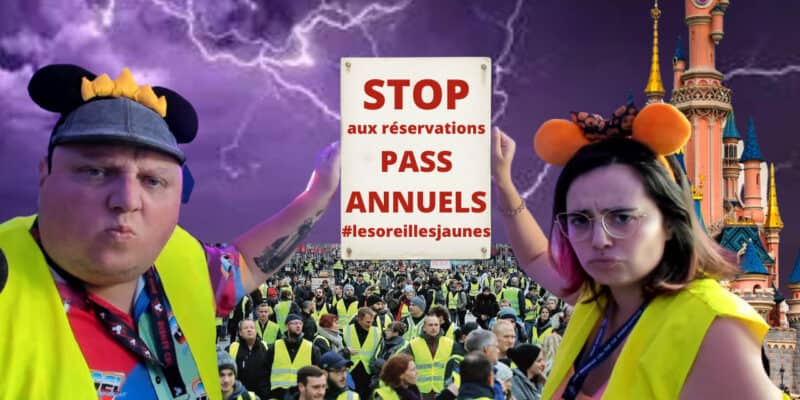 However, fans worldwide are disillusioned with the Park Reservation system. Many feel it has gone on too long, especially Annual Pass and Magic Key holders, some of whom are currently suing The Walt Disney Company for false advertising.

Now, fans in Europe are speaking out. Sandy Visonneau, an Annual Passholder at Disneyland Paris, created a Facebook event for a protest outside Disneyland Hotel and Disney Village on October 22 at 2 p.m. local time. Guests are asked to wear yellow Mickey Mouse ears and yellow clothing to the protest, which is playfully titled “Les Oreilles Jaunes” or “The Yellow Ears.”

At the time of publishing, 169 Disney fans have responded “going,” and over 1,600 have marked themselves “interested” in the event. Visonneau explicitly asks attendees to express their dissatisfaction peacefully. Additionally, she scheduled the protest for 2 p.m. to avoid disrupting families trying to enter the Disney Park on a once-in-a-lifetime vacation.

“If you can’t be physically present for this first event, but you support the idea, register as ‘interested,’” Visonneau urged. “PS: no reservation needed, we won’t go to the park, just to the gardens in front of the entrance.”

Other international Disney Parks are reducing capacity even further. After reporting record profits despite COVID-19 restrictions, Tokyo Disney Resort recently announced that it would drop capacity by 20% to give Guests a more luxurious experience.

What do you think of Disney Park Pass Reservations?