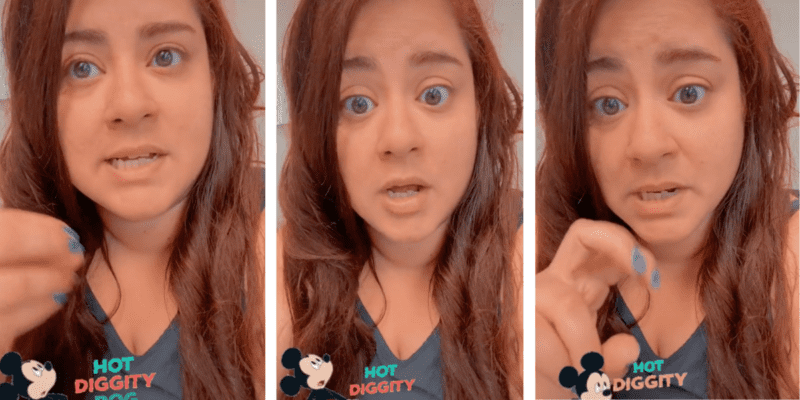 The Park Pass Reservation system was enacted at Disneyland Resort and Walt Disney World Resort after the Theme Parks reopened during the ongoing COVID-19 pandemic. Annual Passholders and Single Day Ticket-holders must reserve their chosen Disney Park ahead of time and can’t Park Hop until after 2 p.m. at Walt Disney World and 1 p.m. at Disneyland.

The system is widely unpopular, especially since Guests must check into their chosen Park – EPCOT, Disney’s Animal Kingdom, Disney’s Hollywood Studios, or Magic Kingdom – before Park Hopping, meaning it’s much harder to be spontaneous on vacation. Despite complaints, the Park Reservation system was recently extended into 2024.

Though the Park Pass program initially aimed to control crowds and promote social distancing, the Disney Parks have been fully booked and jam-packed for months. One Annual Passholder, Kristina Estrada (@arielfreak1214), shared her thoughts on TikTok:

Estrada noted that she understood using the system during the peak of the COVID-19 pandemic and saw a difference in crowds during that time. However, she visited Magic Kingdom this past weekend and “saw no difference.”

“As a matter of fact, the Parks were so packed that it was uncomfortable,” Estrada said. “You know, the sun is already – the heat in Florida during this time is already super uncomfortable with so many people that this Park Reservation system is supposed to be controlling.”

According to Estrada, rides typically a 30-minute wait and under were clocking in at two-hour wait times. Though Estrada lives in Florida with an Annual Pass, and doesn’t mind missing out on a ride or two, she feels for first-time visitors from far away who miss out on rides due to crowd levels.

Do you think the Park Pass Reservation system is necessary? What about Disney Genie?