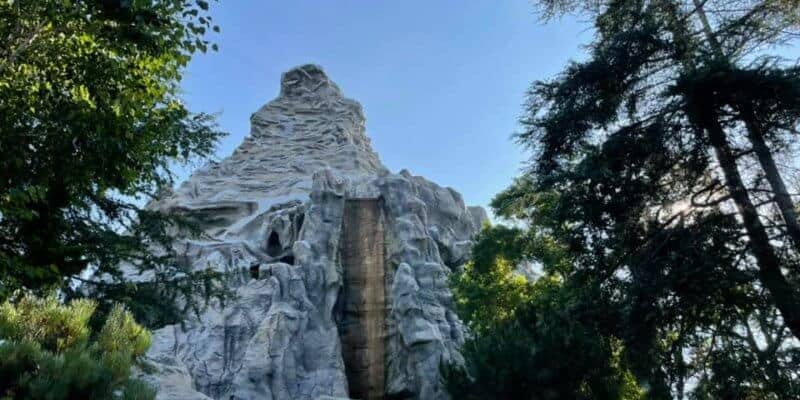 One of the most popular attractions in Disneyland reopened today, and thousands of fans are eager to experience it despite long lines.

Disneyland Resort is home to many fan-favorite attractions like Space Mountain, Splash Mountain, Star Wars: Rise of the Resistance, Pirates of the Caribbean, The Haunted Mansion, Incredicoaster, and Guardians of the Galaxy – Mission: BREAKOUT!, welcoming millions of Guests every year, eager to experience the fun and thrills at the California theme park. And while some attractions at Disneyland are unavailable due to refurbishment, a popular attraction reopened its doors today with one of the longest wait times in the entire Resort.

Matterhorn Bobsleds is once again open at Disneyland Park, inviting Guests to “hurtle through a snow-capped mountain on a speeding alpine sled while avoiding the clutches of the Abominable Snowman.” The attraction closed on August 8 for an initially indefinite refurbishment, which was later announced to last through October 13, meaning that work on the attraction concluded yesterday.

While seeing the beloved attraction close was disappointing to many fans who couldn’t experience this classic during their visit to the Happiest Place on Earth, Guests can now test their courage as they experience one of Disneyland’s most thrilling rides and try to avoid the clutches of the Abominable Snowman.

And apparently, thousands of Guests are eager to pay Harold, the Abominable Snowman, a visit, as Matterhorn Bobsleds has one of the longest lines in all of Disneyland Resort as of this article’s publishing, with a whopping 80-minute standby wait, according to the official Disneyland app.

Few Disney rides are as iconic and legendary as Matterhorn Bobsleds. The ride opened in 1959 and was Disneyland’s first roller coaster. The ride takes Guests on the famous “Swiss Alps” as they weave, bob and turn, dodging a few mysterious creatures along the way. The ride is one of the many centerpieces of Disneyland and has provided millions of Guests with an unforgettable, thrilling, and sometimes even “back-breaking” experience.

Are you excited about the return of Matterhorn Bobsleds to Disneyland? Let us know in the comments below!