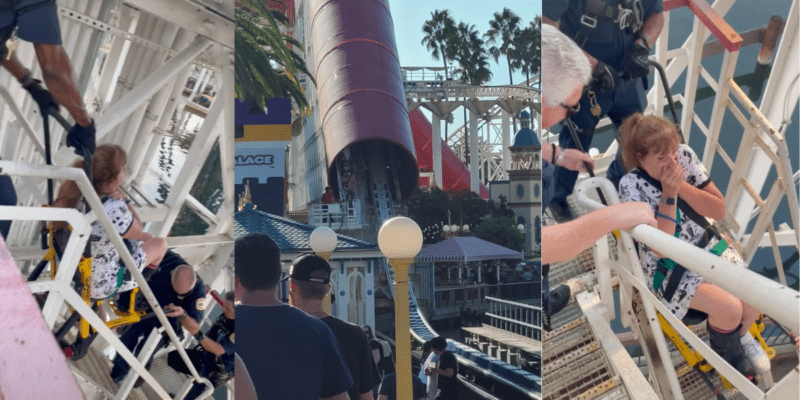 While evacuating a Disneyland or Walt Disney World Resort ride is a dream for many Disney Parks fans, it quickly became a nightmare for a group of Guests at Disney California Adventure this week.

Kristen (@kristenpoops) visited Pixar Pier with a friend and shared her experience evacuating The Incredicoaster on TikTok:

Kristen explained that the ride suddenly stopped quickly after launching, giving many of the Guests headaches. Maintenance crews arrived to remove the Guests from the coaster. Unfortunately, Kristen’s friend recently underwent surgery and required a special fire department chair to carry her down the coaster’s steep maintenance staircase.

Reddit user u/Silly_Goose88 also shared a photo of Guests descending The Incredicoaster’s staircase. The Guest was waiting in the Lightning Lane line for over an hour after the coaster broke down:

Used genie+ for incredicoaster aaaaaand people were stuck, so it’s currently down for at least an hr from Disneyland

Thankfully, everyone was safe. The Incredicoaster is up and running at the time of this article’s publication.

Have you ever evacuated from a Disney Parks ride?