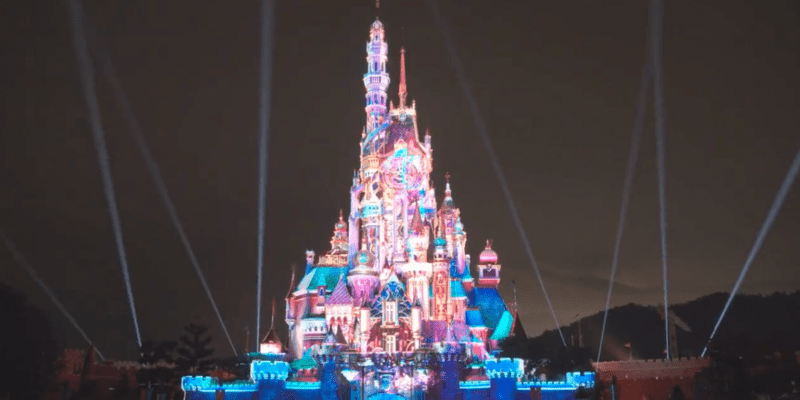 As an upcoming Disney Parks project continues to show significant progress, fans celebrate a notable removal from the Park.

Many exciting projects are coming to Disney Parks worldwide in the next few years, from the polemic Princess and the Frog-inspired retheme of Splash Mountain at Disneyland Resort and Walt Disney World Resort to an all-new area inspired by classic stories from England like Mary Poppins and Peter Pan, as well as a Tangled-themed attraction coming to Disneyland Paris; a complete land inspired by Disney’s Zootopia (2016) coming to Shanghai Disneyland, and the ambitious project of Fantasy Springs, bringing attractions inspired by Tinkerbell, Peter Pan, Frozen, and Tangled to Tokyo DisneySea in Tokyo Disney Resort.

However, perhaps one of the most anticipated projects is the highly immersive land inspired by Frozen (2013) coming to Hong Kong Disneyland in 2023. Inside the Magic has followed the construction of this new land, which continues to blow fans away with the attention to detail and the rapid progress made by Cast Members Developing Arendelle: World of Frozen.

HKDL Fantasy (@hkdlfantasy) shared the latest updates on the Frozen-inspired land, celebrating the removal of the massive cranes used in the construction of Arendelle, commenting that Guests would finally be able to enjoy the view of the Castle of Magical Dreams in the heart of the Hong Kong Disney Park for the first time since the Park reopened.

The last tower crane at #WorldOfFrozen has been dismantled yesterday. We can finally enjoy the view of #CastleOfMagicalDreams from Main Street, USA without huge cranes in the background for the first time since opening.

❄️🏗️ The last tower crane at #WorldOfFrozen has been dismantled yesterday. We can finally enjoy the view of #CastleOfMagicalDreams from Main Street, USA without huge cranes in the background for the first time since opening.#hongkongdisneyland #hkdl#disneyparks #disney pic.twitter.com/ZbX4g5BOGg

Scaffolding of Elsa’s Ice Palace at #WorldOfFrozen is being dismantled, revealing details such as the balcony, door and stairs.

❄️ Scaffolding of Elsa’s Ice Palace at #WorldOfFrozen is being dismantled, revealing details such as the balcony, door and stairs.#hongkongdisneyland #hkdl#disneyparks #disney #香港ディズニーランド #Frozen pic.twitter.com/v38wlvUPbt

And since we’re talking about Hong Kong Disneyland and its castles, HKDL Fantasy (@hkdlfantasy) shared images of the latest progress of the Arendelle Castle at Arendelle: World of Frozen.

As Arendelle: World of Frozen continues inching towards completion, fans are eager to explore the fantastic new land to enjoy the sights, sounds, cuisines, and traditions of the Kingdom of Arendelle.

Arendelle: World of Frozen will also be home to Frozen Ever After, an identical version of the attraction located in EPCOT at Walt Disney World Resort, and the brand-new roller coaster Wandering Oaken’s Sliding Sleighs.

Will you visit Arendelle: World of Frozen once it opens at Hong Kong Disneyland? Would you like to see a similar expansion come to Disneyland Resort or Walt Disney World Resort? Let us know in the comments below!