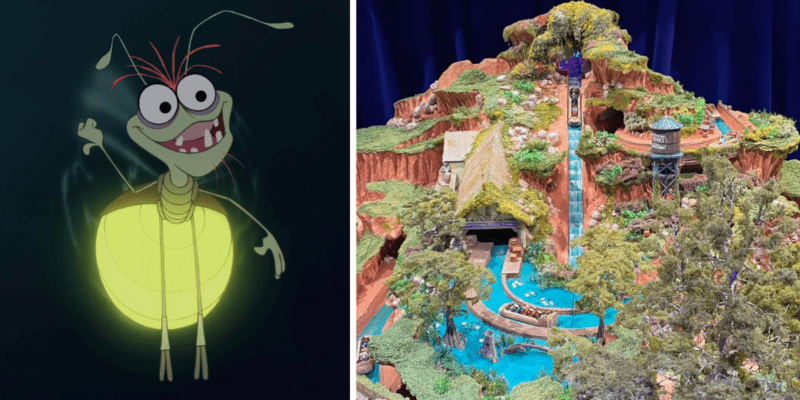 Tiana’s Bayou Adventure – the Princess and the Frog (2009) retheme of Splash Mountain at Disneyland Resort and Walt Disney World Resort – will open in late 2024.

Jim Cummings, the voice of the beloved firefly Ray, spoke about the ride in an interview with The Movie Dweeb:

Fans were previously upset that the villainous Dr. Facilier would likely be absent from Tiana’s Bayou Adventure, but it seems Cummings’ iconic lightning bug will also be excluded from the water ride.

“My character is not in it because it takes place in ensuing chapters after the movie closes and I’m already in heaven,” Cummings explained.

Cummings is an iconic Disney voice actor, known best for playing Winnie the Pooh and Tigger, Ed the Hyena from The Lion King (1994), and starring in dozens of animated films.

No closing date has been publicly announced for Splash Mountain in Frontierland at Magic Kingdom or Critter Country at Disneyland Park. The Song of the South (1946) ride will remain the same at Tokyo Disneyland, though the Disney Park recently removed the ride’s anthem, “Zip-A-Dee-Doo-Dah,” from its music loop. From Disney: