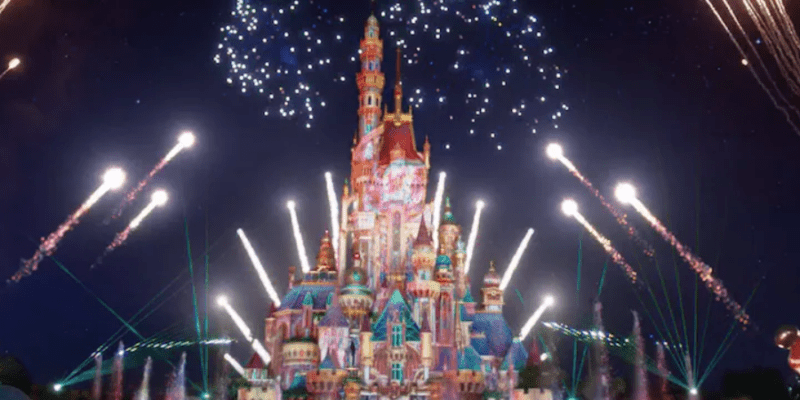 A massive new castle is coming to this Disney Park very soon, and the breathtaking sight makes us eager to visit it.

Disney Parks worldwide are developing many exciting projects for fans to enjoy. From the construction of The Journey of Water, a Moana-inspired attraction coming to EPCOT soon, to the complete retheming of Splash Mountain at Disneyland Resort and Walt Disney World Resort, which will open as Tiana’s Bayou Adventure in 2024, including an all-new expansion inspired by Tangled, Peter Pan and Mary Poppins coming to Disneyland Paris, there is so much to look forward to when visiting a Disney Park in the following years.

However, perhaps one of the most anticipated projects is the construction of Arendelle: World of Frozen at Hong Kong Disneyland, which continues to show significant progress in developing the all-new immersive land.

Earlier this month, we could see that the Arendelle Castle continues inching closer to completion. HKDL Fantasy (@hkdlfantasy) shared more images of the castle on their Twitter account.

Side view of Arendelle Castle at #WorldOfFrozen, seen from “it’s a small world”.

But that’s not the only exciting update, as HKDL Fantasy (@hkdlfantasy) also shared images of the breathtaking Ice Palace in Arendelle: World of Frozen.

Elsa’s Ice Palace is taking shape on the North Mountain at #WorldOfFrozen!

The massive “ice” structure will surely be a sight to see once Arendelle: World of Frozen opens its doors to welcome Guests into the highly immersive land in 2023.

Once the land opens, Guests visiting Arendelle: World of Frozen can enjoy the sights, sounds, cuisines, and traditions of the Kingdom of Arendelle, as well as the attraction Frozen Ever After with an identical version to the one located in EPCOT at Walt Disney World Resort. In addition, Guests can experience a brand-new roller coaster, Wandering Oaken’s Sliding Sleighs.

Disneyland Paris has also begun the construction of its own Frozen-inspired land as part of a multi-year expansion project for the Parisian Disney Park. While there are not many details regarding the expansion, seeing the speedy progress made at Hong Kong Disneyland makes us very excited to see what wonders will come to Disneyland Paris once its Frozen-inspired land begins to take shape.

Will you visit Arendelle: World of Frozen once it opens at Hong Kong Disneyland? Would you like to see a similar expansion come to Disneyland Resort or Walt Disney World Resort? Let us know in the comments below!