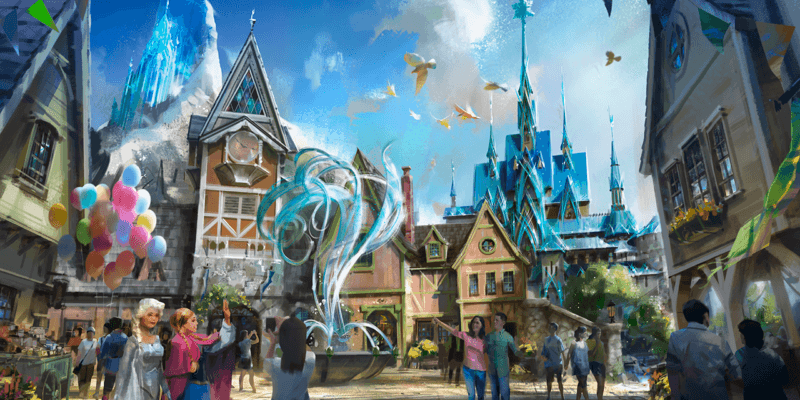 Disney’s exciting new World of Frozen land was first announced on November 22, 2016, when the Walt Disney Company and the Hong Kong Government announced their plans for the multi-year expansion.

The Frozen-themed land will offer Guests a visit to the Kingdom of Arendelle with all of its sights, sounds, cuisines, and traditions

We learned that the new area will open in the “second half of 2023,” as stated by Josh D’Amaro, Chairperson of Walt Disney Parks and Resorts at Disney’s D23.

The upcoming land, Arendelle: World of Frozen, will be home to a stunning atmosphere and unique attractions and may even allow Guests to bump into some favorite characters from Frozen, including Elsa, Anna, Olaf, and others. Inside the Magic has continued to follow the construction progress at Arendelle: World of Frozen, with the latest updates being that the Arendelle Castle is now visible to Guests and that the pathway to this highly anticipated land was now open.

Disney Imagineers and construction crews are hard at work on the new land and have seemingly completed the newest Disney castle, which is prominently featured in the land. You can see the progress below thanks to Hong Kong Main Street Gazette (@hkmsg912):

Are you looking forward to this upcoming expansion? Would you like to see a Frozen-themed land at Disney World or Disneyland?