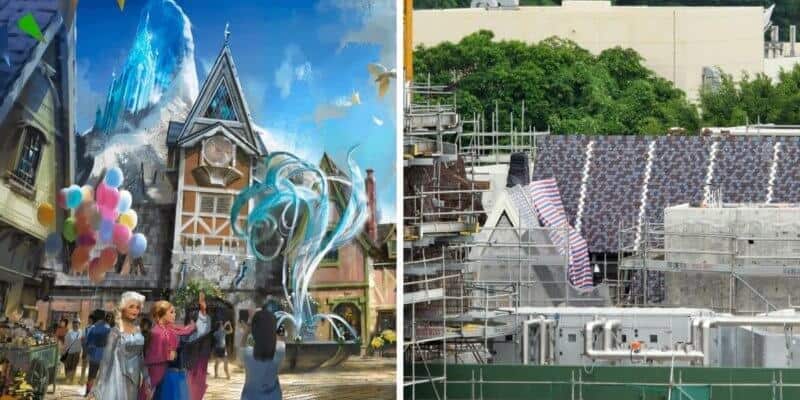 It’s safe to say that Disney Guests cannot wait for the day they will be transported into the beautiful world of Arendelle at Hong Kong Disneyland.

And as we follow the construction happening at the upcoming land, we are now seeing more details added to the village area of Arendelle: World of Frozen.

HKDL Fantasy took to Twitter to share a series of photos, each showing different areas of the upcoming Frozen-themed land. First, we can see that brick walls have appeared next to the clock tower as well as the base of the clock tower taking shape. We can also see the village houses receive their prefabricated rooftops.

More details added to the village area of “Arendelle: World of Frozen”.

1️⃣Bricks wall appeared next to the clock tower.

2️⃣The base of the clock tower is taking shape.

More details added to the village area of “Arendelle: World of Frozen”.

1️⃣Bricks wall appeared next to the clock tower.

2️⃣The base of the clock tower is taking shape.