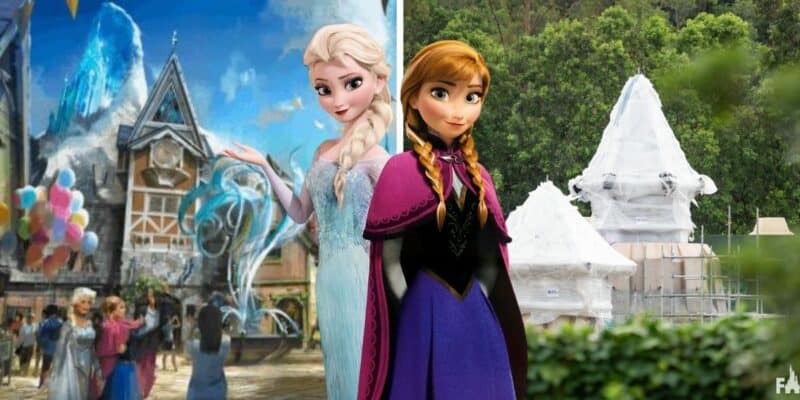 Fans of the record-breaking film, Frozen, cannot wait for the day they can actually step inside the world of Arendelle when visiting the highly anticipated Frozen land. The upcoming land, Arendelle: World of Frozen, will be home to a stunning atmosphere, unique attractions, and may even allow Guests to bump into some favorite characters from Frozen, including Elsa, Anna, Olaf, and others.

It will also be home to the iconic North Mountain and Elsa’s ice palace from the film!

Inside the Magic has continued to update you on construction progress at Arendelle: World of Frozen, and now we have some exciting news to share! A major milestone has been hit as Arendelle’s castle is now visible to Guests!

HKDL Fantasy on Twitter shared photos of the Arendelle Castle, along with the caption:

Are you excited for when Arendelle: World of Frozen opens in Hong Kong Disneyland? Let us know in the comments below.