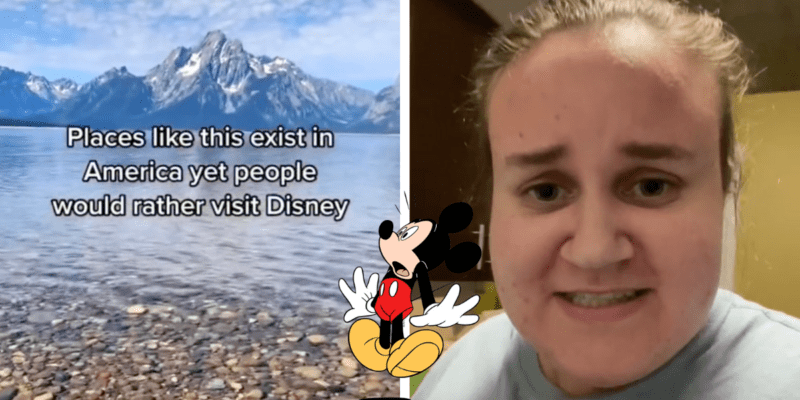 For many families, a Disneyland Resort or Walt Disney World Resort vacation is a once-in-a-lifetime experience. For others, it’s an annual tradition or even a weekend staple if you’re a local Annual Pass or Magic Key holder.

However, it hasn’t been easy for adult Disney fans over the past few years. Many so-called “Disney Adults” have been the target of relentless harassment, such as one woman who shared a video of herself hugging Pluto for the first time since the start of the COVID-19 pandemic.

In it, Jay wondered why anyone would choose to visit Disneyland Resort or Walt Disney World Resort when natural wonders like Grand Teton exist in the United States. “This place is more magical than Disney,” he wrote.

Commenters were surprisingly defensive of “Disney Adults.” “Yeah the outdoors is sick, but Disney is pretty cool too. People should experience BOTH! 😊,” @hullsome wrote.

“Listen, I hear you, and I respect your opinion, but have you ever gotten wasted at a children’s Park at 11 different fake countries and then go on a boat ride where three animated birds talk to you in Spanish?” Hattamer asked.

Jay didn’t comment on this video and hasn’t spoken further about his feelings on Disney Parks. He describes himself as an advocate for conserving nature and exploring America.

Do you prefer a National Parks or Disney Parks vacation?