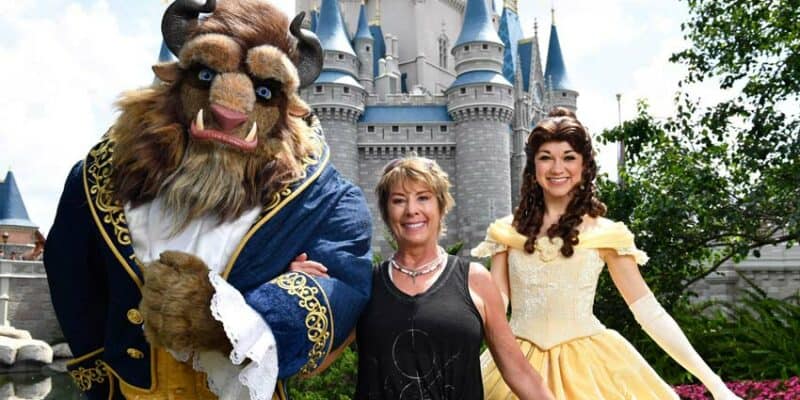 There’s something special about meeting your favorite Disney Princess.

Whether it be Belle from Beauty and the Beast, Ariel from The Little Mermaid, Jasmine from Aladdin, Tiana from Princess and the Frog, Merida from Brave, Mulan, Cinderella, or any other, it certainly is a magical experience to meet the Disney princesses at Walt Disney World Resort and Disneyland Resort.

But, all these princesses became Disney icons starting with their beloved animated films.

A team of animators, including James Baxter and Mark Henn, designed Belle. In a new book called “Disney Princess: Beyond the Tiara” by Emily Zemler, it was revealed that the Disney princess was just “a little too perfect” in early sketches.

“Original concept art for Belle shows her as a glamorous woman, but the animators quickly adapted the character’s look to ensure viewers could connect to her,” the book reads.

“She kind of looked like Angelina Jolie– very beautiful,” Paige O’Hara, who voiced Belle, said in the book. “…I didn’t see how anybody would identify with that person. You’d look at her and put her on a pedestal. Mark and James changed the look of her. She was a little too perfect.”

She originally had a pink gown with soft makeup and curled hair, tied up, but a team of animators worked to give Belle a “more European look with fuller lips, a little bit darker eyebrows, and slightly smaller eyes than Princess Ariel from 1989’s The Little Mermaid, according to the book.

Belle was the first Disney princess who wasn’t focused on finding her prince and Disney wanted to ensure that she was someone viewers would connect with when they watched the film.

“I knew that this was going to change the view of Disney Princesses. Belle was the first one not looking for a man. She wanted to see the world and all the places she’d read about in books,” O’Hara said.

What do you think of this change to Belle? Let us know in the comments!