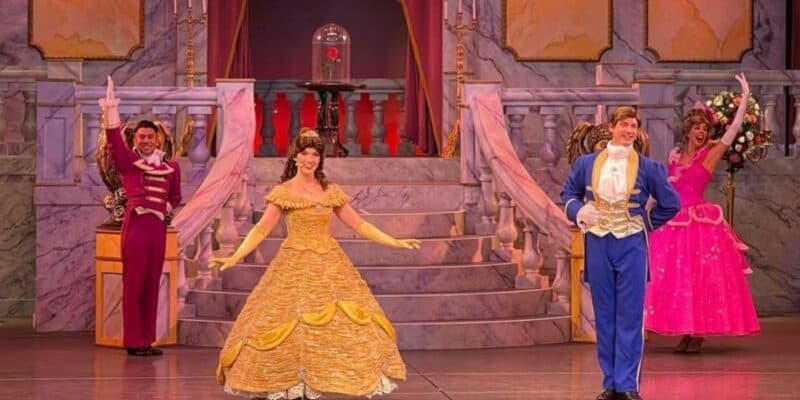 As Walt Disney World’s phased reopening continues, more entertainment is returning to the theme parks — including one of the most popular shows at Disney’s Hollywood Studios, Beauty and the Beast – Live on Stage.

The show reopened at Disney’s Hollywood Studios on August 15, but there were some noticeable modifications within the show.

Now, Guests can once again experience another live stage show as Beauty and the Beast – Live on Stage officially reopened to the theme park yesterday, August 15.

During regular theme park hours, Guests did not hesitate to enter the Theater of the Stars on Sunset Boulevard to catch Belle, Beast, Gaston, Chip, Mrs. Potts, and others in Beauty and the Beast – Live on Stage. Though, during the show, it was noticeable that there were some modifications made to ensure the safety of the performers.

Disney World Passholder, Thomas R. (@tradzak) took to Instagram to share photos and videos of one of the performances from the reopening, and you can clearly see that the Cast Members were socially distanced throughout the entire show — something that was not put in place prior to the pandemic.

MY FAVORITE SHOW ON PROPERTY IS BACK!! Beauty and the Beast Live on Stage reopened today with very clear social distancing measures in place for the performers. Swipe to see all my photos and videos of what’s changed in the show. 🥀

Despite some changes to the show, it is great to see Cast Members back on stage performing in front of Guests for the first time in over a year.

More on Beauty and the Beast – Live on Stage

The official Disney World website describes the show as:

Relive the romance and magic of a tale as old as time in a lavish Broadway-style musical version of Beauty and the Beast.

If you won’t be visiting the theme parks anytime soon, but want to see Beauty and the Beast — Live on Stage, check out the full show in our YouTube video below — Note, this performance was prior to the ongoing pandemic, meaning socially distancing measures were not in place during this video:

Are you excited to see Beauty and the Beast — Live on Stage return to Disney’s Hollywood Studios? Let us know in the comments below.