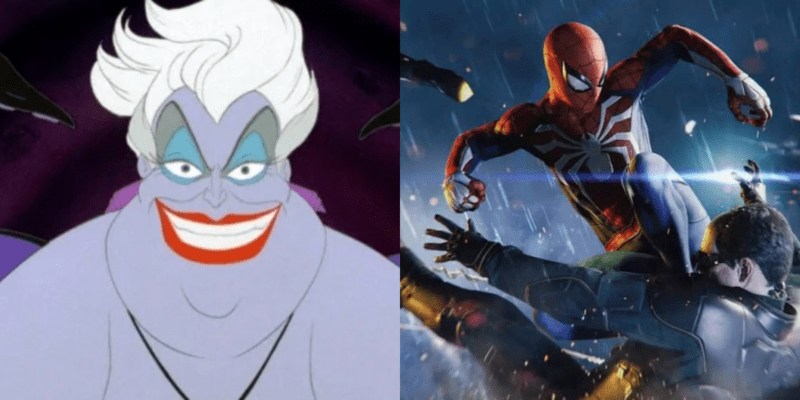 While Marvel fans have had their own slew of controversies over the past few months with Marvel going too far with diversity, making terrible CGI, and even breaking their own rules on time travel from Avengers: Endgame (2019).

The live-action remake of The Little Mermaid is also facing some serious backlash due to the main lead, Halle Bailey being a black actress playing Ariel. Now, it seems that the two franchises will have a slight connection as the Edge of the Spider-Verse series will have a new villain inspired by Ursula.

Bishop Octopus is the villain’s name and appears in Edge of the Spider-Verse #4 with a magical suit gifted by a female variant of Norman Osborn and tries to defeat the Spider-Man in her universe, called the Spinstress Princess.

Spintress wins the day but reflects back on her life with a final line for the issue giving fans a good idea of how wacky this universe is:

“This is my power, my curse, I know now. I will never love again, but somehow I will use these powers to become an amazing spectacular adventurer…and stop my mom!”

This Ursula-inspired villain has a minor role in the story, but it shows just how bizarre Marvel comics have been with the Spider-Verse. For instance, Marvel has allowed a T-Rex to become a web-slinger meaning that anything is possible.

Hopefully, Marvel Studios won’t fully embrace this wackier side of the MCU as fans won’t be happy to see so many bizarre characters enter the MCU just because of the Multiverse. If you have any interest in seeing Bishop Octopus fight the Spintress Princess, make sure to grab Edge of Spider-Verse #4 at your local comic book store.

Do you like Bishop Octopus? Let us know what you think of the villain!