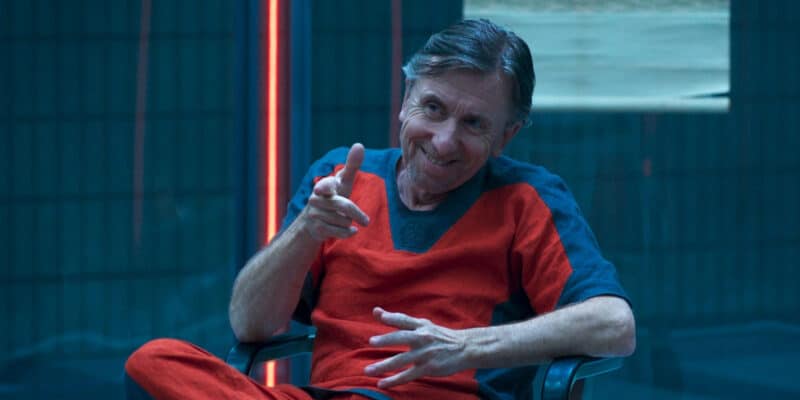 After another week of seeing Tatiana Maslany’s Jennifer Walters/She-Hulk come to terms with her new identity, fans also saw a new side of Tim Roth’s Emil Blonsky/Abomination.

Related: If You Forgot Who Tim Roth’s Abomination Was, Here’s a Quick Refresher

Even though Roth’s Abomination was placed on parole after She-Hulk Episode 3 with a warning that if he turned into the Abomination, he would return to prison, the episode takes Walters over to the once super villain’s estate as his parole officer has to make sure his inhibitor on his ankle is working.

After that is resolved, Jen can’t leave right away after El Aguila and Man-Bull wreck her car. Emil takes advantage of the situation by offering Jen some time to relax on his estate and maybe attend some of his therapy sessions.

Due to her wanting to hear back from Josh, she refuses and begins her quest to find one bar of cell service. After roaming across the entire estate, she finds service near Emil’s group therapy session and eventually sits down and joins in.

This weird yet satisfying moment helped Jen realize more about her feeling toward her identity. Despite being surrounded by people who have wronged her cousin and her, she is given a safe environment to share her feelings.

After she leaves, Emil isn’t revealed to be a dangerous villain secretly scheming to ruin her but is left being portrayed as a changed man who no longer has any wish to harm people. Marvel did a great job of making Emil likable and making him look like a good guy, but previous trailer footage might hint at some sinister future.

Other trailers for the series show Emil transformed into the Abomination at what appears to be his retreat which means that the character is purposely breaking the law. In this case, he would be forced to return to prison with a super hero probably bringing him to justice.

Yet, Emil is smart and wouldn’t risk his future just to turn into the Abomination without a plan. Blonsky might know more about Jen’s weaknesses and perhaps is responsible for Intelligencia being after her blood. After all, one of the thugs attacked her, for her blood was at his retreat.

It would make perfect sense for Blonsky to act all nice and courteous to be on Jen’s blindside when he begins to set his plan in motion. After the dust settles, Emil might disobey orders with his parole officer, knowing that Bruce is off planet and Jen is trapped, leaving no one to stop him.

This dark turn of events would be a neat little twist that would help tie up several of the loose ends, but fans will have to wait and see how things turn out. Next week is supposedly going to be where fans will finally meet Daredevil unless Marvel decides to hide Charlie Cox’s blind super hero until the season finale.

Do you think Abomination will be the main villain of the series? Let us know what you think!