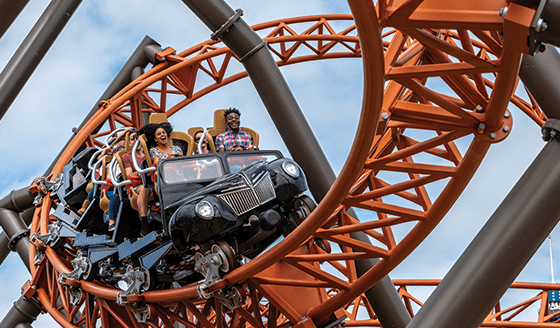 As Ian, recently downgraded to a tropical storm, continues its path across Florida, more states are beginning to take preventive measures, including closing a popular theme park.

While Tropical Storm Ian loses strength as it crosses Florida, severe weather is still expected in the state. Per NBC News, the storm’s center is expected to move off the east-central coast of Florida later today, September 29, before approaching the coast of South Carolina on Friday. This has caused other states to begin preparations if the storm continues to strike, including the closure of a popular theme park in the area.

Carowinds, located just on the border of North Carolina and South Carolina, has shared constant updates regarding the theme park’s operations as officials continue to monitor weather conditions. Today, as the tropical storm continues moving, Carowinds has announced a cease of operations for tomorrow’s Halloween event, SCarowinds.

A statement was shared on the theme park’s social media channels and reads:

We continue to monitor weather conditions so that we can make timely decisions regarding the path of Hurricane Ian and how it affects park operation. In consideration of our guests’ and associates’ safety, SCarowinds will be closed on Friday, September 30.

Tickets dated for Friday, September 30 will be valid any public operating day through December 31, 2022.

The Park’s website confirms the announced closure.  As of this article’s publishing, no further information has been shared regarding the Charlotte theme park’s operations for the following days. Inside the Magic will update you if Carowinds officials announce any changes.

Earlier this month, the Park had to cut another night of its highly popular Halloween event short as several brawls broke out at the theme park, with rumors of a potential gunfire threat. You can read more about that story by clicking here.

Tropical Storm Ian has caused severe damage across Orlando and the surrounding areas, with Walt Disney World Resort seeing over a foot of rain and damage to the Contemporary Resort. Universal has also seen significant floodings and damage to one of the Park’s iconic attractions. Theme parks in Orlando and the surrounding area remain closed, including Disney World, Universal Orlando, Busch Gardens Tampa Bay, SeaWorld Orlando, and LEGOLAND.

Inside the Magic will continue to update you on the development of Tropical Storm Ian and how it continues to affect Florida and possibly other states.

Comments Off on Hurricane Watch Extends to Other States, Another Theme Park to Close Its Doors